So we were driving home from San Francisco today (why were we in San Francisco, you ask? Because we were getting my daughter a passport. And why would a 9-year-old need a passport? Because she’s going to Europe with her grandmother for 2 weeks. And why pray tell is she doing that? Because she has a cooler life than I do. Already. At age 9. Thanks for asking).

And…now that we’ve gotten that out of the way, let’s return to the story.

So we pass this one spot on hwy 80 and I’m feeling nostalgic, so I say “Hey Mac. Look. There’s the spot where I inadvertently lit that futon on fire with my cigarette.” He laughed familiarly, having already known about that futon, since we slept on it for a few months when we first met, affectionately naming it “the flaming futon.”

And how exactly does one light a futon on fire with a cigarette you ask?

Well it’s actually quite simple. I was driving home to Davis in my 1986 BMW (in the year 2000) after picking up a futon in Berkeley at my mom’s house, which was now rigged up in the trunk, sticking out the back, wrapped up in blankets to serve as cushions between it and the trunk hood. I believe there were bungee cords involved. Anyway, after smoking a refreshing cigarette, I chucked it out the window as I always did, without any particular thought as I recall. A few minutes passed and I noticed these idiots driving by waving and freaking out and pointing to the rear of my vehicle. At first I thought they were just smitten by my general coolness (being 21 and all), but when it continued I thought I’d glance in my rear view mirror just in case, at which time I noticed something rising above my trunk, looking oddly similar to smoke and flames. So I pulled over and jumped up and down, looking blond and young and cute until somebody stopped and dealt with it for me. I’m pretty sure they just removed the blanket from the contraption and let it burn out, but I’m not totally sure. The futon had some burn marks but was still usable, so I got back in my car and drove home, smoking another cigarette of course, due to the stress.

As I recalled this story I realized that this whole futon-on-fire scenario is really something that only happens to a person when they’re 21. I mean at this age, while I may not be able to envision the exact threat, I would at least suspect vaguely that chucking a lit cigarette out the window while driving with blankets hanging out your trunk is a bad plan. I actually know now that chucking anything out of the car whilst driving (whether lit or not) is a bad plan, but I’ve come a long way so it’s not really fair to compare.

And as I kept thinking about it and we talked about the ‘old days’ it struck me that while I absolutely totally and wholly miss the pert little bottom and flat belly I had at 21, I really do not miss being a complete dipshit. Yeah, I know. Not all 21-year-olds are dipshits. But I WAS a dipshit in every sense of the word and I don’t fully miss it. Now please don’t misunderstand me. I continue to reach new pinnacles of idiocy and erroneous decision-making, but there’s a certain type of ignorance, of naivete, of pure unbridled jackass-ness mixed with childish conceit that thrived when I was 21 or so, walking around all hot (as kids that age do) but accidentally lighting bed frames on fire with cigarettes (ha! nice pun)…then thinking it was all very cute, making up cute names for the cute burned futon with my cute new boyfriend. I don’t miss that.

You know what isn’t cute? Turning 32, which I’Il be doing next week. And since I’m slightly devastated about the whole thing (not turning 32. I’m still weeping about turning 30), I thought I’d take a moment to reflect on some of the reasons I am delighted I am no longer 21, in attempt to make myself feel better. So here you go.

Things I don’t miss about being 21.

2.Second dates and the uncomfortable realization that this guy bites the big one but will probably try to get some any way and I’ll have to weasel out and avoid, which will require at least 6 more drinks (to grow the pair necessary to tell him to kick rocks) and the subsequent hangover.

4. Hangovers. I’m not sure, but I think I spent approximately 349 days of my 21st year with an outrageous unforgiving hangover. It was like the year of vomit and headaches and dehydration. As soon as I’d recover I was on my way to the next one. It was a giant conspiracy I tell you.

3. The walk of shame. If you don’t know what that is I’m not telling you.

4. The walk of shame again. Because it sucked that bad.

5. The inability to pass as a grown up even when I really wanted to and I was sure I was being mature and profound and real but those damn aunts and parents and professors and other such old people (30 years and over) would just laugh at me, seeing something in me that I didn’t see but really see now, which is, of course, unspecified dipshit syndrome.

6. Frequent interactions with 21-year-old males. Always a let down.

7. House parties. Kegs, slutty outfits, avoiding frat boys with their tribal arm band tattoos, looking cool smoking cigarettes, trying to ignore the little voice in my head, whispering the truth, confirming my suspicion that we really are just a bunch of silly drunk kids trying to pass as adults, not really cool at all, playing out numbers 1-6 over and over and over again until, well, we move on and look back at it all nostalgically but so freaking glad it’s over (mainly because of the walk of shame. Okay, FINE. If you don’t know what this is I’ll tell you. It’s waking up somewhere still in your going out clothes (and usually hungover), having to walk the humiliating morning journey past strangers or peers (who obviously know what you’ve been up to) back to your home/car/friend’s house. And if you haven’t done this you’re a bigger person than I but I tell you it will drive you straight to sobriety. Unless you’re me. Oops. Different blog post.).

9. No money, bad checks and making that call to Dad: “just cover this one bill, please? just this month and I SWEAR I’ll pay you back.” Oh shit. I may still do that.

So now I’m 32 and that thing hasn’t happened yet and maybe it will never happen but I love that woman who has come and is coming still – though she’s uncool and silly and lost and not exactly what I envisioned at 21 – because she’s whole and just right, right now, and lucky as hell to come through it all with nothing worse than a burned futon and a battered memory of former dipshit status. Damn it. I’m even kinda proud of her.

So bring it, universe. I’m ready. 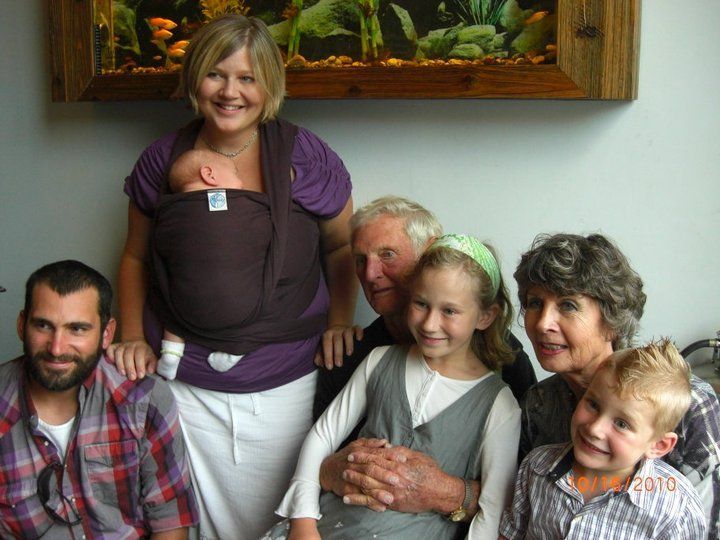 here we are now...me, mac, ava, rocket & georgia, and my maternal grandparents

I don't want more kids, but I'll never be done
Gettin' behind the thankfulness thing.
And I wasn't there.
Share8
Tweet
Pin
Email
8 Shares
6 Comments | Posted in nothing to do with parenting., Sometimes, I'm all deep and shit..... | March 22, 2011