Posts Filed Under over-sharing is my talent

As real as it gets.

In a fact that strikes me as remarkable, I actually wrote this post a few days before my brother-in-law was killed in a car accident (two weeks ago). For some reason, I didn’t publish it, but for [probably] obvious reasons, I cannot help but publish it now.

When the universe smashes me across the face, repeatedly, with the same damn message, I do my best to engage, wake up a little, rather than ignore or deny it, or pull into some cave, because I’m too scared to face it.

And recently, the universe has pummeled me with the reality of death and loss – the transitory nature of all things, people, life. In a rather compassionate gesture, these messages have been just distant enough that I am not profoundly affected. But I am affected. And I feel compelled to write a few things.

The wife of a friend of mine went to see the doctor about a backache. They did an MRI and found cancer had taken over her body. She was a Pilates instructor in her early 50s. She passed away 17 days later.

The daughter of a best friend of my mom’s died from childbirth complications 24 hours after giving birth to a full-term, healthy baby girl.

A friend of mine is waiting for her unborn baby to pass away. There is nothing they can do.

A woman I used to work with – just facing retirement – died two months after finding out she had cancer.

The reality of each these events has come into my world within one month. And as each one of them hit me, cut through to my core in rapid succession, I felt a strange feeling I can only describe as the following question: “Janelle, there are people dying suddenly and losing children, and you’re writing about baby sprinkles and ranting about childless know-it-alls. What the hell is wrong with you?”

And something didn’t feel right, and I felt compelled to write this post.

No, I don’t feel the need to defend myself, or this blog, neither its frivolity nor its sarcasm nor its ridiculousness. The truth is I don’t think life should be taken so damn seriously. I just don’t. And I don’t feel guilty about having fun, being as honest and real as I can, and having one helluva time making fun of women who say “baby sprinkle.”

But there’s something I want you all to know, and I’m not sure exactly why, but it has continued popping into my brain, which means I need to write it. When something nags me to be written, I make it a rule to always respond, no matter how much I fear the consequences.

And what I need to say is this: resting beneath my seething pessimism, sharp tongue, goofy flippancy and irrational judgments lies a well of a profound gratefulness – for the kids I whine about, the husband I bitch about, the very life I ridicule.

You see, I am a sober alcoholic. I have alluded to this in the past, but I’ve never said it directly.

I was a daily drinker by the time I was eighteen years old. Over the years, as my alcoholism progressed, I found myself less and less able to maintain the “act” of normalcy that held together the tenuous strands of my life, and in 2007, I became an essentially absent member of my children’s lives. I did not return to them fully until 2009.

Over the years, as I sunk deeper into a pit of alcoholic hopelessness, each morning swearing on my life I wasn’t going to drink again, only to find myself with the bottle that very evening, failing my children, failing myself, failing all, living a life strangled in lies, I began seeking a solution. I tried therapy, gyms, alternative health care, psychiatry, medication. I moved away. I moved back. I left my husband. I returned. I tried churches and spiritual retreats. I went to rehab five times.

But in March of 2009, something happened. I arose one more morning in the black haze of the paralyzing remorse that had become like air to me. But this time, somehow, for some reason, I was able to take a real look at my life and see it for exactly what it was. And I saw myself for what I was. I saw it all, and for the first time there was nothing left to blame (it was all gone) – and the reality of my existence planted fearlessly in the forefront of my mind: I was a failure in this life and I would die a slave to alcohol. I could not keep a job, a home, a friend. I was no mother.

And for the first time in my life I just wanted to be free. I no longer cared what was “wrong” with me. I simply wanted to wake up just one single day and know where I would end up that evening, know I would be there for my children, show up for my life, become a real human living a real life on this planet.

With every fiber of my being, I wanted to live.

I wanted to be free.

I now know that I had hit what some call the alcoholic’s “bottom.”

And because I was ready, some teachers came into my life who were able to show me how to live as a sober individual, and I have not taken a drink of alcohol (or any other mind-altering substance) since March 5th of 2009.

And so you see now, I stand in awe of my life. And that’s what I want you to know. I may bitch, and I may whine, and I may talk some serious shit, but if you were to scratch the surface of my complaining, you would find a woman with an exploding heart and tears pouring from her eyes – you would find an ocean of the deepest gratitude – because that woman is living. Because she is there.

And there was a time – many years in fact – when she was neither.

And that is who I really am. That is the other side. The rest, well, is for fun. In fact, had I not such a profound respect for my life, for these kids and this home and my job and motherhood and ALL the mayhem that entails – I doubt I could write this blog with such silliness, such sarcasm. You know, because I have nothing to prove. Nothing to gain. I already have it all. So why not laugh?

I have not kept this whole story to myself because I am ashamed. I am not hiding nor am I afraid. Rather it is because I spent my entire life acting like some victim, playing the role of the wounded puppy, so lost in self-centeredness I didn’t even see the destruction I caused – immature, narcissistic, feeling like the world owed me something…and so, I hesitated to say anything because I’m not interested in begging for attention or special recognition, or congratulating myself on doing the things I should have been doing my whole life, for growing the fuck up, taking on the responsibilities that were always mine. I am not special. I’m just a person with alcoholism.

But now, I guess, is the time that whole story needed to be told, cause I started feeling like I was hiding. And I try not to live that way, anymore.

My experience with daily life, beyond the wild sarcasm and smart-ass attitude I share with you, can be summed up in the following story.

As you know, a couple months ago, I dressed up in 1850s garb to participate in a field trip with Ava’s school. Before going to the field trip location, I had to drop Ava off at school. I sat there in my bonnet and giant cotton dress, roasting in 80 degree heat, and watched my daughter hop out of the car. I said “I’ll see you soon, baby, have fun!” And when she got a few feet from the car she looked back at me and smiled. And my eyes welled, and then they simply poured, because in her smile was a knowing, a trust, a security. It was a simple awareness that her mother was going to be there. For her. Today. There was no doubt in her mind. It was a carefree smile, a joyful smile of a child, a passing nod of a girl to her mother.

To be a mother to this girl, who isn’t doubting and isn’t scared, who knows…”she’ll be there.”

And in those moments what washes over me is a grace and light I cannot find the words to explain. It’s as if I’m living a miracle, so precious are those “nothing” moments of life, which I spend so much time joking about on this blog. Sometimes I feel I’ve pulled some giant cosmic joke on the world — sitting there at a Little League game — like it’s nothin’ – when inside, I’m bursting a little, in joyful disbelief that I could ever, EVER, be so damn lucky. To be sitting there, with a clear mind and clear heart, on the bleachers at a Little League game.

I guess that’s all I wanted you to know.

I’ve always tried to keep it real on this blog, and this, my friends, is as real as it gets… 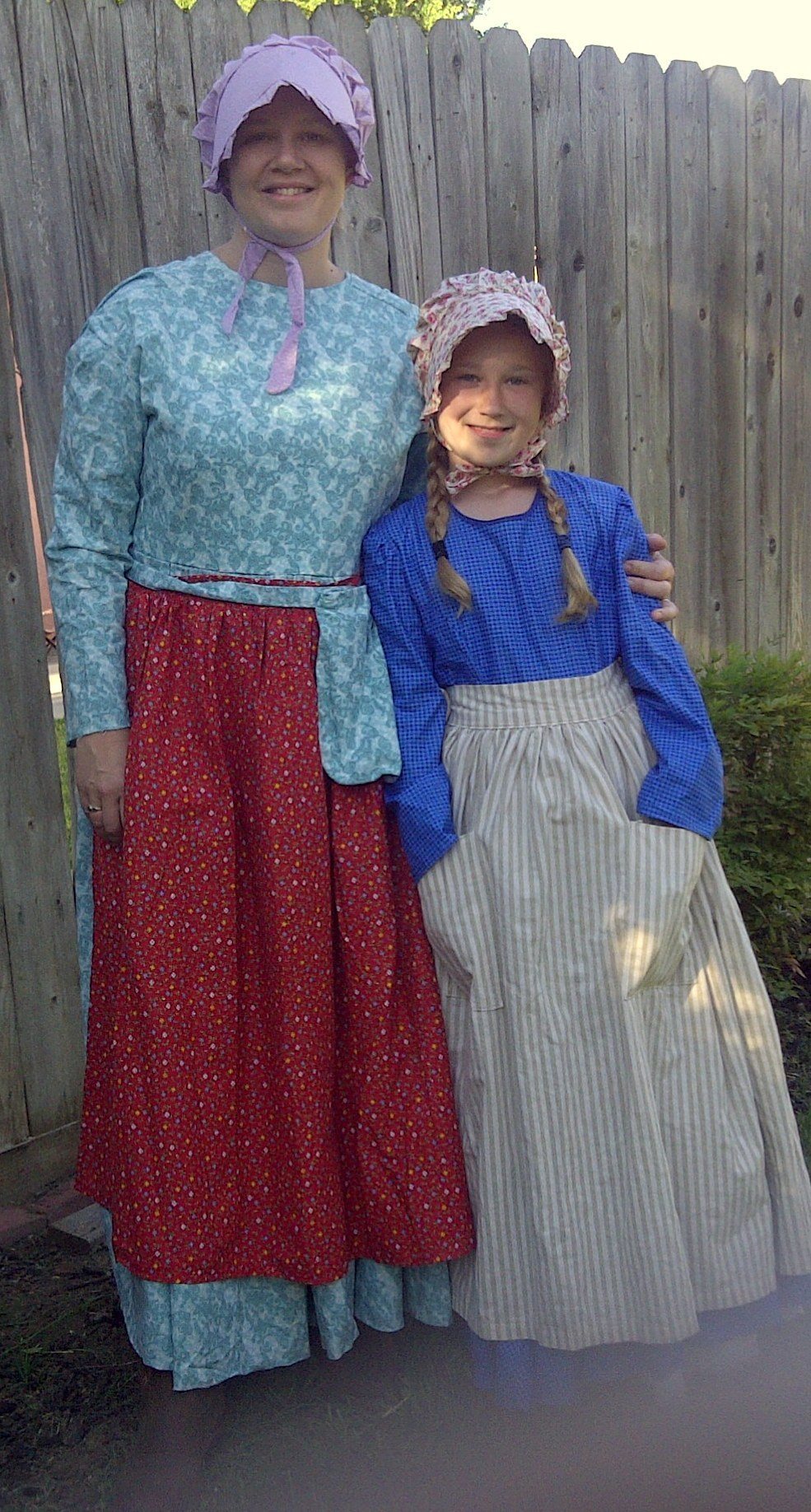 Bloomberg is hiring 500 people ahead of CA primary to promote him to friends & family. I spoke to a few: Interactions were awkward & stilted. Ppl thought texts were spam. Facebook posts got zero likes. Some didn’t even support Bloomberg—they just needed $$ https://www.latimes.com/business/technology/story/2020-02-23/mike-bloomberg-paid-twitter-social-media