a poem for a sunday

Today I was thinking about Rocket’s birth for some reason, so I thought I’d share this poem, which I wrote a few years ago. (I tend to get a little deep & reflective on Sundays, probably a result of exhaustion from the previous week, or the morbid realization that a new one’s coming).

pick up your son.

your palms faced out

you swam with open eyes –

for a moment still

tethered to me safely.

my water to this water,

up from my center you rose

inhaled your breath, became nothing

as my blood ran still, turned your fingers pink.

walkin in the sunshine

The first time I heard Barney I knew he was out of the question and I think I listened to about 3 minutes of Teletubbies before determining that whoever created those little beasts should stop inflicting his bad acid trips on the rest of the world. I mean the stuff is simply ludicrous. Not to mention weird. And what about those kid-focused “bands” with the twenty-something dudes jumping around singing meaningless drivel about trains and being nice to people. ‘The Wiggles’ I think they’re called? Vomit.

I used to think that having kids required me to give up my own music, at least when the kids were around. The problem is that they’re always around. I’m way too selfish to listen to Raffi all day, and I love my music. Besides, it isn’t like we’re listening to TuPac.

The result? My kids listen to adult music. When I’m feeling deep, I try playing classical music in the car, but I find it doesn’t adequately drown out the sound of my kids fighting, so I usually stick to rock-and-roll.

Over the years some basic rules have evolved:

1. Some words, such as “hell,” may be stated if singing along to music, but can’t be repeated elsewhere, especially at school or other people’s houses (because that makes mama look bad and who wants that?). This rule came up because one of our favorite songs ever is the Rolling Stones’ ‘Hangfire’ and clearly the best part is Mick yelling “Say what the hell, say what the hell!” I can’t deprive my kids that sort of awesomeness.

2. If mama or daddy says “it’s an adult topic,” in response to your question about a particular lyric (e.g. ”high on cocaine”), you may not press further for a definition. Topic must be dropped immediately.

3. When somebody else’s kid is visiting, mama and daddy get to choose the music.

So the drawback is that my kids occassionally walk around singing slightly embarrassing tunes. Rocket the other day was quietly singing to himself “Thank you, Jack Daniels, Old Number Seven, Tennessee whiskey got me drinkin’ in heaven.” It was funny. Mac and I glanced at each other and smiled when he wasn’t looking.

Ava, though, is older, so it gets a little more complicated, especially since she’s surrounded by Miley Cyrus and Justin Bieber fans. She recently told me about “a singing contest during recess” in which her friends voted for the boy she was competing against rather than her, which hurt her feelings. The thought crossed my mind that I could figure out who the judges were and kick ’em. But I kept that one to myself and asked  her what she sang. “”Dead Flowers’ by the Rolling Stones” she says.

I smile at the image of my 9-year old in her little plaid uniform, standing in the middle of the playground, belting out old school Mick Jagger during recess.  Then I remember the lyrics and hope she didn’t choose the part about being in a basement with a needle and a spoon. This triggers another thought so I ask: “What did the other kid sing?” She looks at me with an incredulous eye roll, responding “the Phineas and Ferb theme song.” This is just gettin’ better.

Now perhaps not every mother would be tickled to hear of her kid singing inappropriate Rolling Stones songs to unsuspecting classmates, but I gotta admit it was one of my prouder parenting moments. I mean, the kid has taste.

I’m secure with this decision. Well no, I’m not. But thankfully, like all parenting decisions, in just twenty short years I’ll know whether or not it was the wrong choice. You know, when it’s too late to change my mind. Word.

But when I really think about it, it’s more a matter of differing values (perhaps I have none?), because I am indeed much more concerned with exposing my kids to real music than I am worried about them hearing an occasional swear word, mature nuance, or (in some cases apparently) a blatant drug allusion.

And it isn’t so much the sound of that mainstream kids music that irritates me any way. It’s the insidious lack of soul. It’s the fact that it’s canned, contrived, created with the distinct objective of roping my kids in so they’ll guilt trip me into buying the matching lunch box at Target. And I don’t think you have to be an adult to appreciate a great tune. That idea is insulting to children, as is the assumption that kids should only be exposed to kid-geared music because they can’t ‘understand’ more. I’ve found quite the opposite to be true. The first time Ava heard the Grateful Dead’s “Ripple,” she said “that man has the kindest voice I’ve ever heard. Let’s listen again.” She totally got it.

Based on my kids changing requests, I see them developing their own tastes and love of music. What appeals to them on a given day changes, and I wonder what part of their little souls are being touched at that moment by a particular sound. Right now Rocket’s favorite song is “Float On” by Modest Mouse and Ava’s is “Miss Ohio” by Gillian Welch.

And so I guess we’ll go on “walking in the sunshine” with Jerry, our favorite heroin addict. 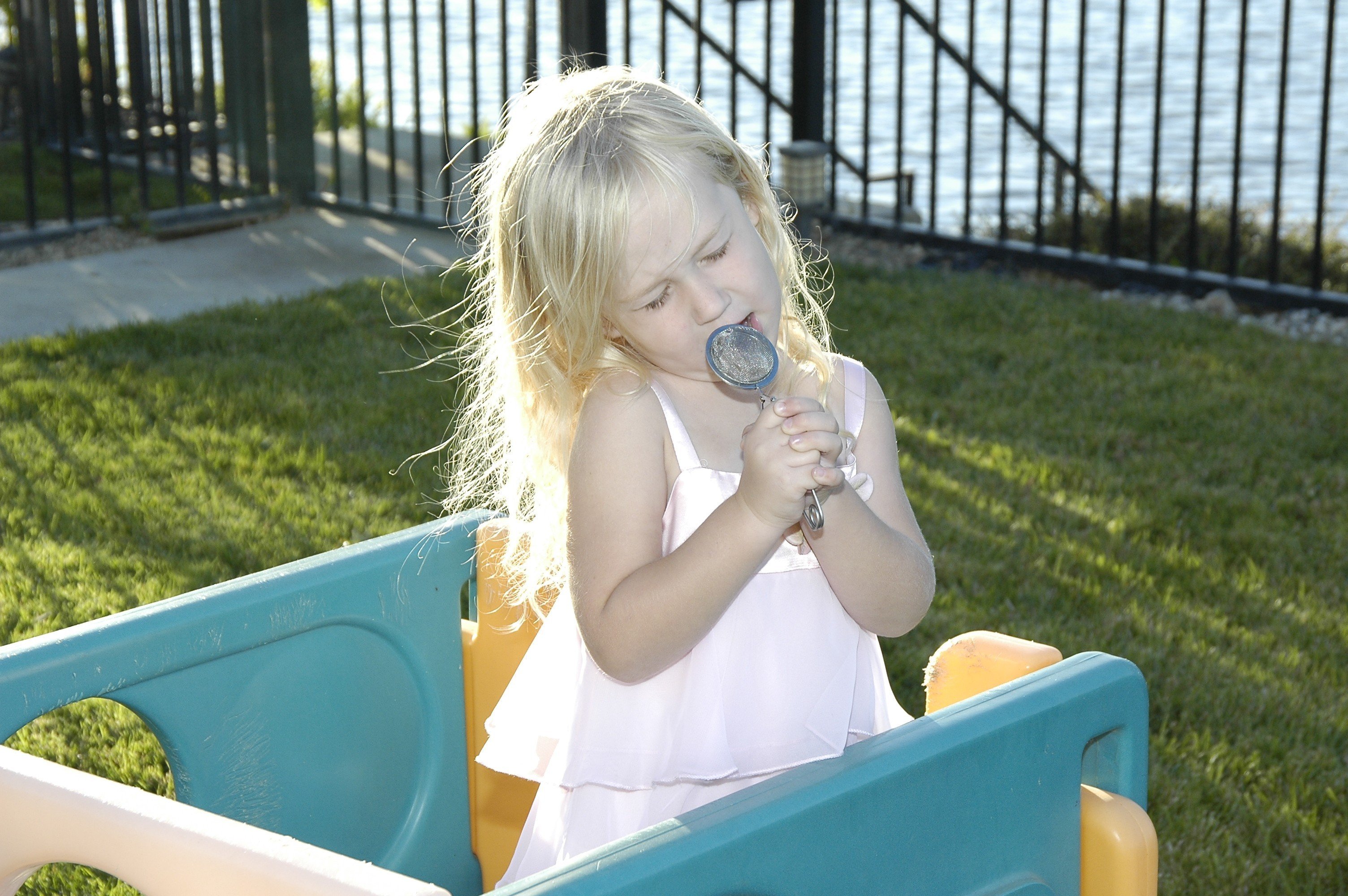 playdate in my trailer

I don’t live in a trailer. Or even a trailer park. I just like the idea of a playdate in a trailer. The image pretty much sums up my experience of motherhood. Just a little off, all the time.

The first time I picked up “What to Expect When You’re Expecting,” I knew I was fucked.

Allow me to elaborate:

When I found out I was pregnant with my first child I wanted to kill myself and the man who got me knocked up (who I had known for 3 months and is, incidentally, still my husband). I kept the baby because he threatened to leave me if I didn’t and I loved him, and in my gut it seemed like the right thing to do. I looked at having a baby as a sort of event, a passing occurrence, like going to Mexico or getting your teeth cleaned. When the permanence of it hit me- when my belly started growing – I was furious. My body became somebody else’s. My sexiness faded like the jeans I used to fit. I felt robbed. Conned. Tied down. It was a sort of death I cannot explain. My youth passed in an instant, my freedom expired, my free-wheeling, hot & young days ended – abruptly, at 21, many years before I was ready. I swung between moments of compliance with my new identity and vengeful, furious rejection of it.

This is how I entered motherhood. And the manual I encountered was “What to Expect.” Where was the chapter on “suicidal tendencies upon viewing positive pregnancy test?” Or: “how to remain 21 and hot while mothering.”

Sadly I didn’t become June Cleaver the moment I laid eyes on my precious baby girl. Instead, I spent a few years making huge, tragic parenting errors, which is another story and another blog. In short, I’ve been “that mother.” I’ve been drunk, absent, uninterested, impatient, narcissistically self-centered and obscenely immature. I’ve wished I’d never become a mother. I’ve pretended I could just ignore my kids and they’d go away. In fact, I tried that once (didn’t work). I’ve done all these things and now I’m finally on my way home, but I still wonder: “Where do the bad mothers go?”

I am proof that not every woman enters motherhood in some gentle, planned, ribbon-and-ruffles way. Not every woman likes this crap. Not every woman fits neatly into the mold created and reinforced by mainstream books like “What to Expect.” Not everybody is a good mother, all the time, even when we try.

I usually look around the child-rearing world and see a bunch of crap I don’t need, hear a bunch of advice I can’t use – encounter a bunch of people I only partially understand. I go home and I see a thrashed house with kids everywhere and overgrown lawns, dirty cloth diapers and books I want to read but don’t and toys and dishes and sometimes I demand that my kids just sit down be quiet and watch Netflix because I can’t stand one more moment of noise or movement. And if one more person says “Mama” I am going to take a bat to the windows.

A few hours later I walk into her room after she’s gone to sleep and I see my firstborn baby, nine years old. I stroke her frizzy unkempt hair and listen to her soft snores. I touch her cheek and my eyes burn in palpable adoration. I feel it surge up my body from my toes into my fingers – thick, fierce infinite expanding mama love. And I beg the universe in that moment to give her everything she will ever need and please God keep her safe and how is it that I am so lucky to have this child, right here. The one who robbed me of my great ass and flat belly and turned me into the mother I wasn’t ready to become.

I lie down exhausted and think of all the ways I could be a better mom. Of the days I’ve missed through my own selfishness. Of the years racing by, teasing me with the illusion that this will never end, that they’ll always be little. And I wish I didn’t yell so much.

And so it goes on like this. Back and forth. All the time. Here’s to the trip.

Someday I shall write my own version entitled: “What to Expect When You’re [a jackass and] Expecting.” Until then, I’ll write this blog.