I miss Ava. I miss the clever things she says. I can’t wait for her to get back from Europe. One more week. Anyhoo, on her behalf, I’ll share this little story for wtf? wednesday …it has always been one of my favorites.

We were camping at my husband’s family cabin up in the Caribou Wilderness near Mt. Lassen. Ava was about three. We were sitting at the picnic table inside, drinking hot chocolate. Or maybe it was Irish coffee. Well, one thing we know for sure is that AVA was drinking hot chocolate. I was drinking something, most likely involving whiskey. Anyway, Ava asks “Want to ‘say cheers?’” and of course we do, so we clink our mugs and “say cheers” and then Mac says “bottoms up” before taking a drink. We all take a drink, but Ava stops. She looks around at us (me, Mac, my mom) a little confused. Then she sets her mug down, wriggles around into a standing position on the picnic bench, picks up the mug and takes a drink, proudly announcing “I’m drinking with my bottom up!”

Yeah. I love that.

Merging onto the Bay Bridge on our way to San Francisco, some human in a Lexus SUV totally (dangerously) cuts us off, forcing me to slam on my breaks and yell inappropriate words out the closed window. From the back seat, Rocket asks “Why did that guy do that?” I answer (always a diplomat, you know…) “well I guess he was in a hurry,” to which Rocket responds “Maybe. OR, he’s an idiot.”

(Now where did he learn such skepticism and general intolerance? Totally inappropriate for a boy his age. His mother should really do something.)

Rocket, playing with his wooden sword (yes, exactly the Waldorf type of toy I made fun of in this post), looks very serious and says to me “this sword looks like it’s made of wood. But it’s actually a real sword made of metal but covered in wood, so I won’t hurt myself.”

(Why is that so freaking cute?)

And then sometimes kids say things that beg the deep philosophical WTF?, because they are so right on – so brilliant in their simplicity. And so GOOD. As in holy. And loving. And perfect. Here’s an example:

Me: “Rocket, are you excited to go to the Japanese Tea Garden?”

Me: “I know you love it there, but you don’t sound very excited.”

What he loves is his hanging with his sister. What he likes is the tea garden. That makes sense to him — because why would you “love” some object, some place or thing?

Someday he’ll realize that the whole world is based on The Love of Things that now seems so wholly incomprehensible to him.

But until then, he’ll just have his spectacular innocence and sweet clear truth. 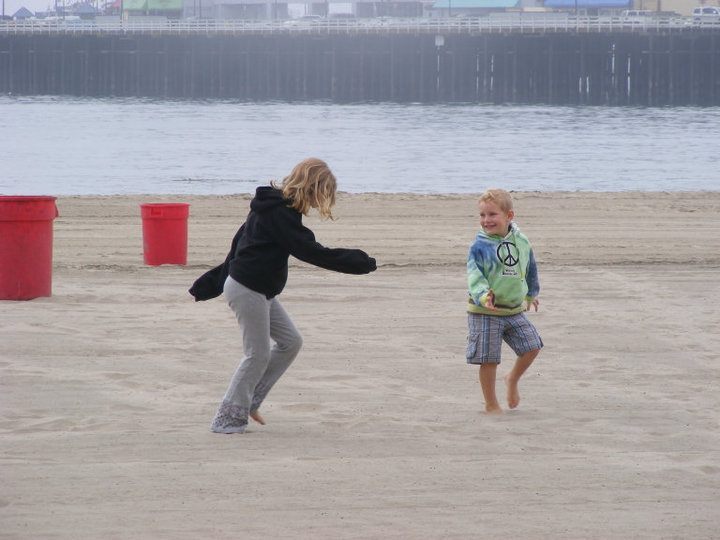