It took a while to figure out, but I’ve finally determined that yes, for sure I have a kid I used to judge other people for having.

I used to look at people with their insane toddler hell-bent on standing in the shopping cart or running through the center of the mall and I’d be like “Well now, look at that little specimen of humanity” and then I’d look down at my own toddler, sitting quietly in her stroller gazing at shit with age-appropriate curiosity (reflecting profound intelligence and insight, obviously) and I’d be all “I’m so glad my excellent parenting has produced such a solid toddler as opposed to that person’s shithead kid.”

The other day, as we walked through the mall, I looked back and saw my husband carrying Georgia sideways and upside down as she flailed.

He asked me: “Do you have her other shoe?”

I now have the kid who’s plotting her escape at every fucking moment, occasionally finding success and running full speed, gleefully, into the wild blue yonder while I attempt to run behind her, which is a sight, I assure you, you’d rather not experience.

Actually, at this point, I’m so over it I usually just send one of the older kids after her, which makes me an even MORE SHITTY parent as I stand there watching my insane toddler bolt across public areas while calmly telling my 8-year-old “Dude. Go get her.” Then I watch with a mixture of resigned amusement and vague depression as he darts through the crowd and grabs the youngest one’s shirt, or pants, which may or may not result in her hitting the ground laughing hysterically, or bawling and screaming.

One can never be sure.

If you don’t buckle the carseat fast enough, she will launch herself across the car and into the back seat while giggling. She may get back into her carseat, IF you’re going someplace interesting to her (“When you get in the carseat we can go to the park!”).

But then again, she might NOT. There’s a good chance she’ll just run to the opposite end of the car no matter where you go to grab her, like the bad kid in Chevy Chase movies. And then you’ll just be the asshole yelling nondescript threats and wondering what the point of children really is. You know, when it’s all said and done.

Yesterday she squealed “Super Georgie!” and bolted through legs of the people standing in line of a restaurant. But that was kind of my fault, because I brought up the whole “super Georgie” thing to my mom and inspired her.

I have the toddler who won’t stop squirming down the bench seat in the restaurant (to say “hello” to the people at the next table – duh), but when you put her in the high chair she repeatedly pushes off the table to shove herself backwards and occasionally removes half-chewed food from her mouth.

Why? Because toddlers are fucking insane.

Later, when you go shopping, she’ll GRAB EVERY FUCKING THING SHE CAN REACH OFF THE GODDAMN MOTHERFUCKING SHELVES.

And she’ll stand in the shopping cart. Or try, repeatedly. She’ll grab shit out of the back of the cart and throw it.

She’ll scream “I HAVE A PENIS!” as loud as she can, which is mostly just annoying because of the volume, though the content could also be improved.

Or, my other favorite: “Santa is POOPY! You’re POOPY! I’m POOPY!”

That was yesterday, in Michael’s. We keep it classy.

Spilling things, mixing things, throwing things, constantly. Huge, huge messes. Messes you didn’t know were possible. In the refrigerator. “I’ll do it myself!” All the toys from the bedroom in the bathtub. Strange liquid mixtures all over the counter. Stickers. Everywhere. Pen marks on every wooden toy. Climbing. Jumping. Flailing. Lying down in parking lots, randomly.

It never, ever ends.

Nope. This is just her.

Or maybe it’s that once you have more than two, the little hoodlums outnumber you and the older ones CRACK THE FUCK UP every time the smallest one screams “penis!” or “poop!” or flings herself sideways across dinner tables or throws her shoes and socks off while riding in the cart in Costco.

And you’re like “Stop laughing!” and trying to put your motherly foot down but for real it does nothing because there’s THREE of them. The energy of your voice is like a kitten walking against a tornado. Sorry. That was a little morbid.

A couple days ago Rocket was lying on the floor and Georgia literally did a cannonball off the couch onto his stomach. It was awful. Not funny. INSANE.

Where does she get this shit?

But whatever it is, I’d like to offer an enormous, heartfelt “FUCK YOU” to the old me, to the mom who walks by and sees me kind of sucking ass with this child, trying my hardest to rein her in when all the forces of life are against me.

And I’d like to explain to that mom, the one standing there with her perfect toddler or two, that if she has enough kids, her day may come too, when suddenly SHE’S the one in Michael’s picking shit up in the aisles with a toddler squealing at a stranger perusing the aisles: “Those are OUR BUTTONS! Don’t take OUR BUTTONS!”

And I’d like to explain something else, that the kid you see throwing herself out of the cart is also the one who runs into my room each morning and yells (after removing her clothes): “Do you want to cuggle (cuddle?). I ALWAYS love to cuggle!”

She’s the one who seems to fill just about every square inch of the lives of those who know her with a joy that’s hard to explain. You can kind of see it in her eyes. In her sly smile, in the way she walks. A certain determination to live, to be what and who she is, as “irritating” as it may seem to the rest of the world. And to me.

I’m very serious when it comes to manners, and I am decidedly not one of those parents who’s all “Oh look at my kid acting like a shithead! Isn’t it cute?”

I don’t let her get away with poor manners and insanity. It’s just that she ALWAYS TRYING NEW METHODS OF CRAZY, which means my life with her is often a serious of averting disaster and attempting to correct the last disaster. Sometimes my mothering of this child is reduced to just trying to get through whatever task is at hand: a trip to the grocery store, dinner, the car ride.

If you don’t understand what I’m saying, just have a couple more kids.

If you’re lucky, you may get one like this…the best worst kid in the world.

And you’ll learn the only cure for horrible judgmental douchebaggery is to become one of the assholes you used to judge.

So thanks for that, Georgie, I owe you one. 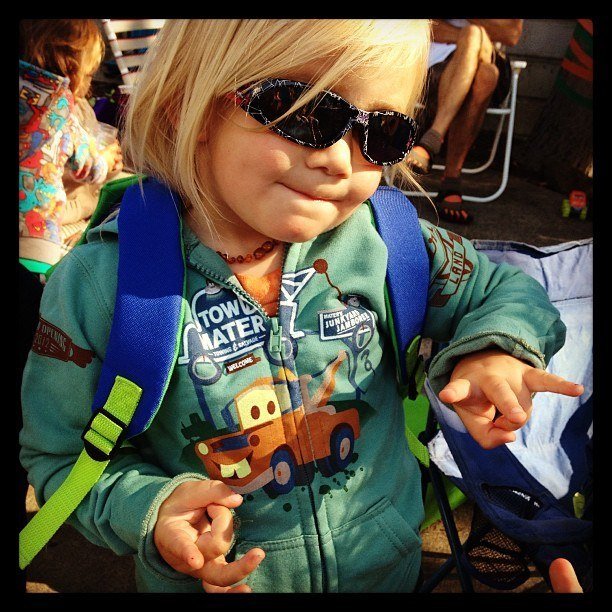 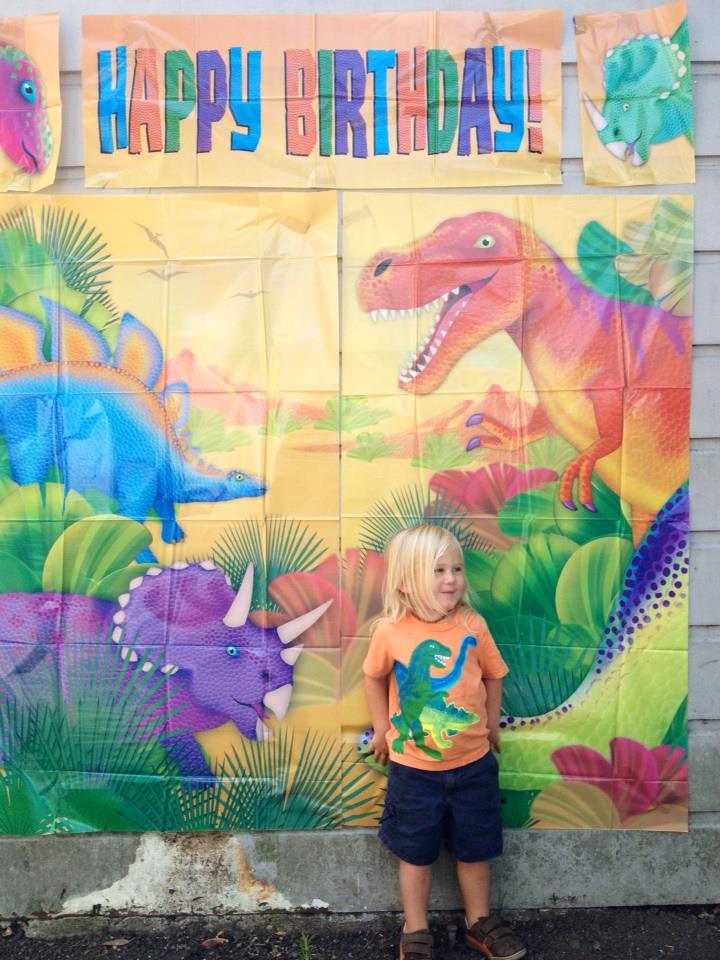 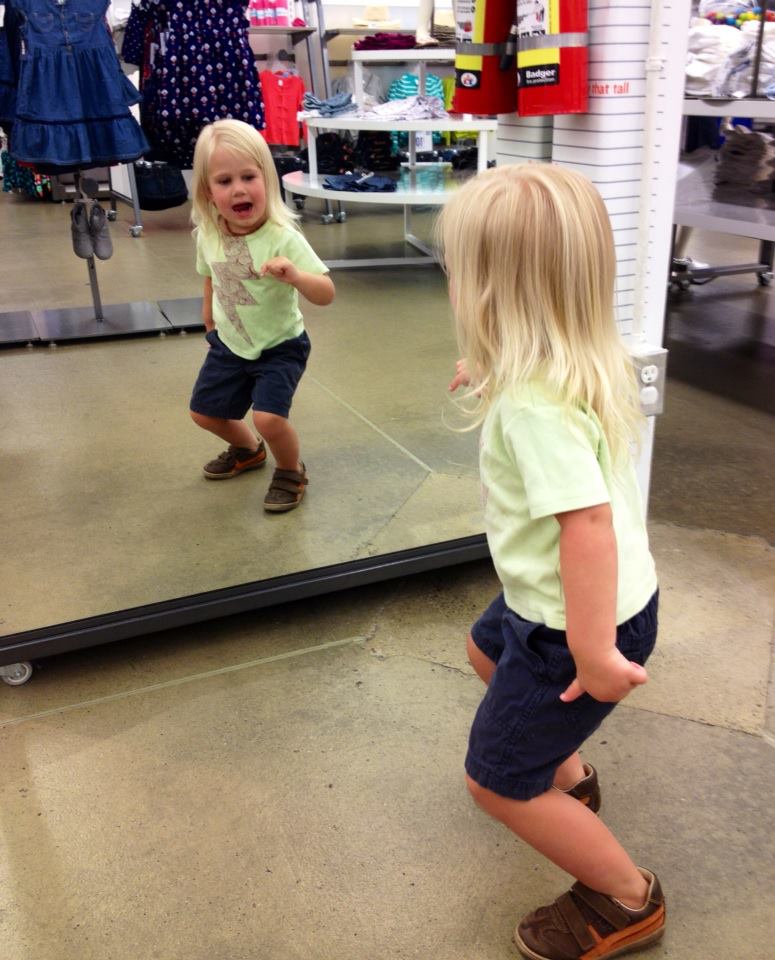 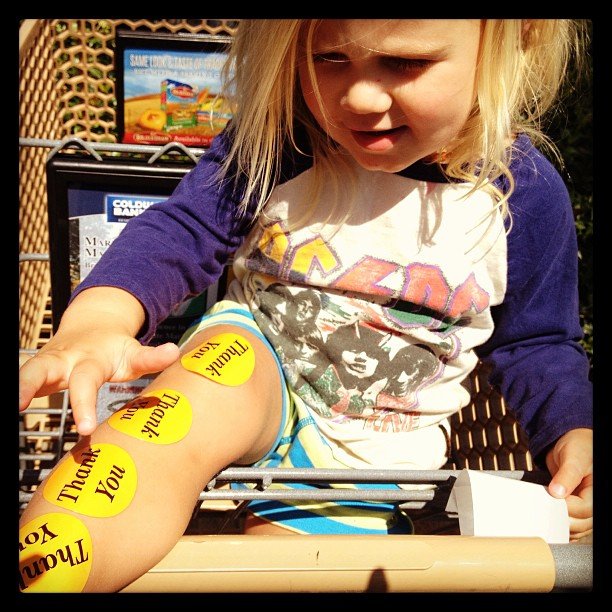 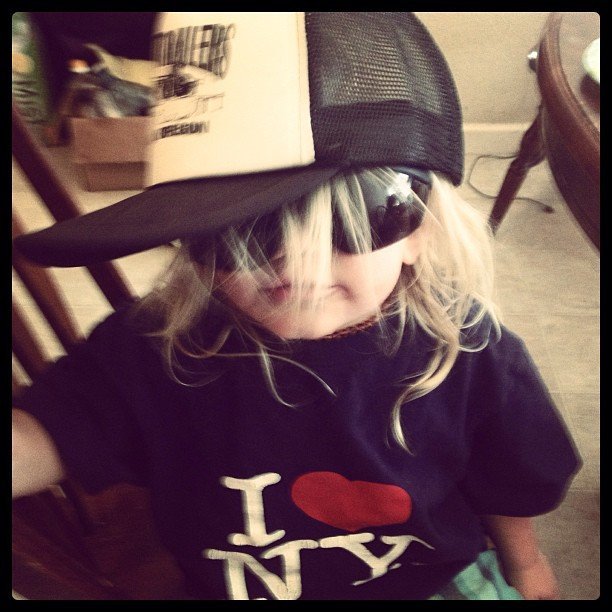 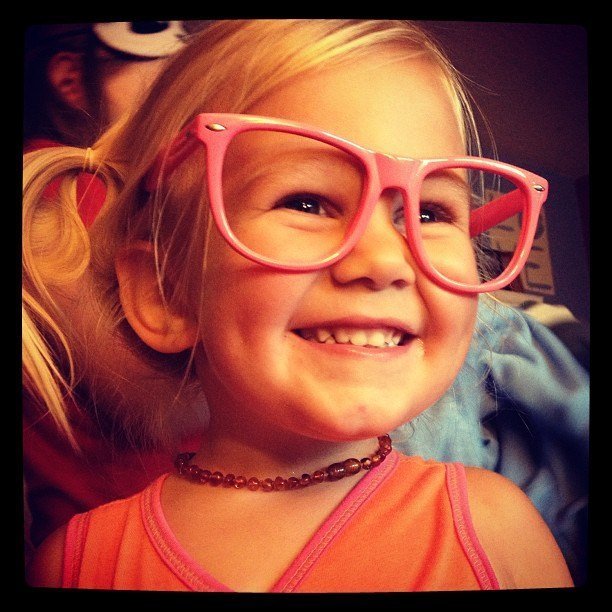 The Stages of Parental Degradation in the Grocery Store
Cheers to one more milestone I won't be celebrating!
Motherhood is driving around in circles.
Share30.9K
Tweet
Pin41
Email
30.9K Shares
187 Comments | Posted in bitching about the kids I chose to have., I HAVE NO IDEA WHAT I'M DOING HERE., Maybe my kids are the problem., motherhood. the end of dignity., unenlightened parenting techniques. | November 26, 2013