A letter to my kids’ teachers explaining their condition

To my kids’ teachers:

As summer comes to a close, I feel compelled to warn you: There’s a chance my kids are, at this point, completely feral.

I tried. I really did. But things went south about mid-July, and I had to make a choice: Fight the descent into madness or say “fuck it” and hope for the best.

I chose the latter, probably because I’m old.

Don’t think we didn’t learn things, though. We did. We took a vacation to Seattle and Port Townsend in Washington and in addition to observing the Space Needle and playing in that rad disco ball fountain, my kids learned the expression “fucking asshole,” which I muttered under my breath or perhaps over my breath after an unfortunate run-in with somebody. Can’t quite recall. I think maybe a ferry worker guy? Coulda been my teenager.

I AM KIDDING. There’s no way that was the first time my kids heard me say “fucking asshole.”

During the day, largely cooped up in the living room on account of the weather resembling what I imagine Satan’s armpit to feel like, and thick, unbreathable outside air due to wildfires, my kids engaged in all kinds of imaginative play, including, but not limited to:

Other activities they enjoyed were wearing the same pajamas for two days straight (as in, not taking them off), riding their bikes in the house, seeing how long a man bun will last before it becomes a dread, and screaming at each other until I lose my mind and ban all imaginative play, demanding instead that they watch television like normal people.

But of course only learning shows, like “Nailed It,” for example, which is basically a documentary and heart-rendering story of human perseverance in the face of really sucking at something. Also, somehow “Liv & Maddie” made its way onto the television about 2,456 times a day, but when my 8-year-old said, “I don’t want to become a teenager. They have nice clothes but are boring,” I realized she learned how to not be a boring, self-absorbed teenager. Boom.

In the evenings, we would watch Queer Eye, as a family, so we could all weep together. This was obviously emotional development. We’re emotional and therefore we’re developing.

That’s how that works, right?

We went to Santa Cruz. We camped. My mother did a backyard campout with the cousins. We swam sometimes, I think. Or maybe that was just in my head. We went to the library five times.

No, that was definitely just in my head. It was a very productive summer in my head.

But alas, they are, in a word, quite weird right now and I’m pretty sure we didn’t officially keep up with all you taught them – although I did force them to read every single day before they could watch brain-dead television.

Or maybe it was twice. It was either every single day or twice all summer.

My point is, you really should get paid more, and before the first day of school, I am 100% sure they will snap back into their normal, adorable selves, as opposed to the ones who discovered their absolute favorite game was locking somebody in the bathroom and making them crawl out a window into the side yard and then locking the escapee out of the house, too.

A feral cat found us a few years ago. We started feeding her and giving her water on the porch and then she had kittens in our front bark. Now she’s ours. 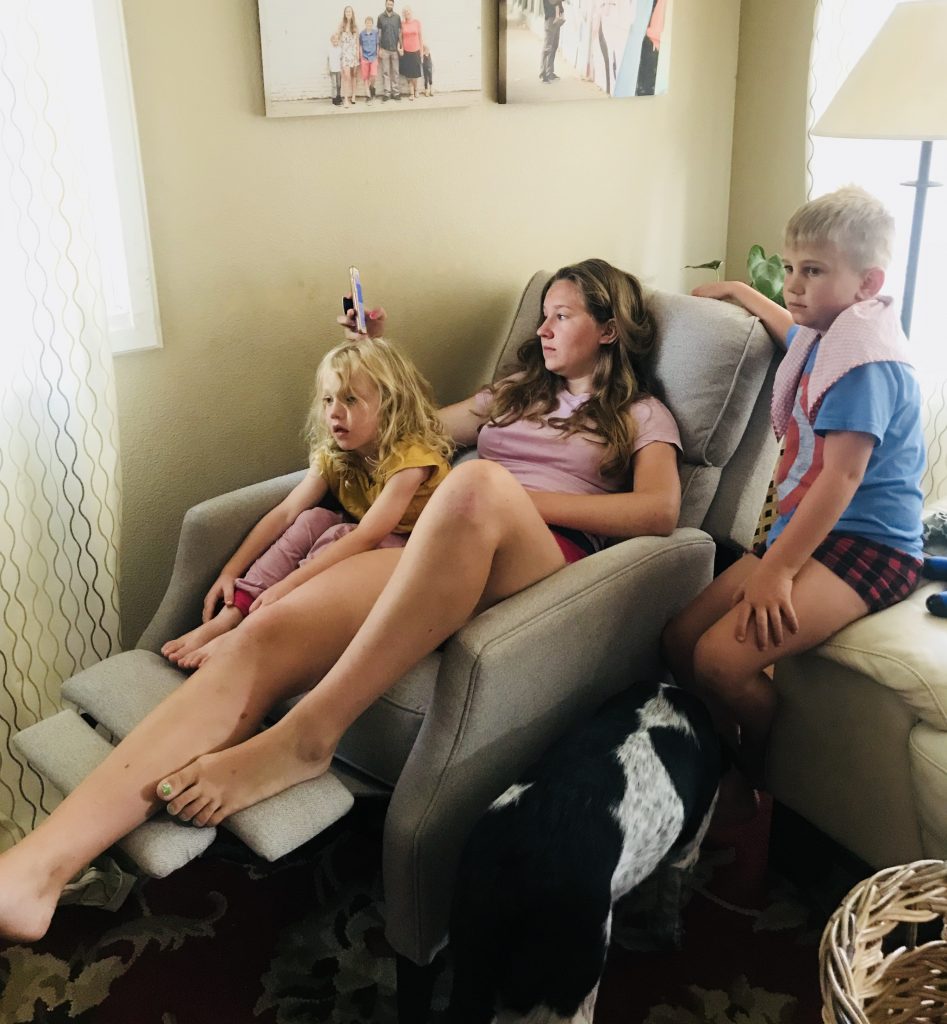 Remember that one time I yelled at my teenager, “WHAT ARE YOU DOING ON YOUR PHONE AGAIN?” and she said, “Reminding people in Michigan to vote in the primaries.” That was fun.

But only if you have a pretty jacked up sense of humor, because, like, the joke I just made, it’s already pretty wrong.

Check on tour (it’s all local, except Vancouver, sorry!).

Gifted and BITE ME Education
When did we decide kids shouldn't suffer?
A Few Ground Rules for Humans in Public Spaces
Share1.5K
Tweet
Pin
1.5K Shares
10 Comments | Posted in I HAVE NO IDEA WHAT I'M DOING HERE. | August 16, 2018

What we think we’re seeing IS WHAT WE ARE SEEING. “I am white. There is no denying that. I am a nationalist. I put my nation first. So that makes me a white nationalist.” This guy as quoted in the Washington Post.

But the last four years have been chill I guess

White House officials were shaken by Trump's reaction to a mob of his supporters descending on the Capitol today. He was described to me as borderline enthusiastic because it meant the certification was being derailed. It has genuinely freaked people out.