What I learned this week…eating, men running around, eating.

I told him some people spend their whole lives never figuring that out.

And I was thinking that things like the SuperBowl advertisements are banking on hundreds of thousands of people not knowing that they are the bosses of their brains, so the day after watching the half-time show, they stand in the grocery store check-out line, and some way somehow, for some reason, hear their brains telling them to “BUY VOGUE MAGAZINE.” And without thought, they obey.

And I might too, were there not so many skinny ass women in it (telling me to buy more crap to make me feel, become, or look more like a skinny ass woman).

Anyway, here’s to a week free from sea-sickness, over-eating, and, with any luck, skinny ass women in Vogue.

On a ridiculously more happy note, here’s a picture of Georgia doing something unsafe, saying “Ta-DAH!” 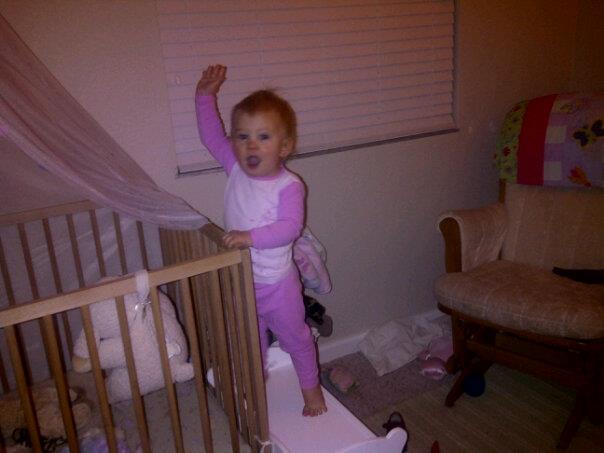 This week…at least we have a plan.
This week...I scratched my eyes out and went to a concert.
what I learned this week...malls and mean people, suck.
Share
Tweet
Pin
Email
0 Shares
6 Comments | Posted in weeks of mayhem | February 6, 2012