So I have this friend. She’s kinduva bitch.

And I mean that in the entirely derogatory sense of the word.

I can do that, because she knows she’s a bitch. Like I know I’m offensive.

One must own their shit, ya know.

This woman will tell you what’s up and she won’t sugar-coat it, and yeah. Sometimes it STINGS.

She won’t soften it to save your delicate feelings or protect the soul of your vulnerable inner child. Fuck your inner child, I hear her saying, “you’re a big girl now.”

Sometimes I want to punch her in the face because I’m like “look lady, leave me alone, I don’t have time for this shit and I’d REALLY APPRECIATE IT if you’d just let me hide out in my warm little delusional cave.” But she won’t. It’s outta the question.

(Not gonna lie, it’s a little unnerving to be around that much honesty. Kinda makes you realize how totally and completely full of shit most people are (including me!)).

But after that initial “I’ll kill you in your sleep” passes, I want to kiss her and tie her up in my basement until she promises she’ll never leave, because I realize I have a friend who loves me enough to tell me the truth.

Like the other day when I showed up at her house in The Only Pair of Jeans I owned, which happened to be a size too big and consequently hanging off my ass, a feature that was particularly problematic when I would bend over, since my underwear aren’t the grandma kind (if ya know what I mean). And, if you read my last post, you know I have NO BUSINESS WHATSOEVER wearing non-grandma underwear. But I do anyway, because I got hooked on them in college, and I’ve never gone back. So in short, my bending over revealed what I can imagine was a somewhat disconcerting montage of cotton, cellulite and butt crack, with possibly a few stretch marks thrown in for good measure.

Hot. “Hot” is the word you’re looking for.

Anyway she basically recited the aforementioned paragraph to me in no uncertain terms, punctuating the entire thing with “we’re going today to get you new jeans. Today.”

Luckily, my two other way nicer and way gentler friends were there to soften the blows of The Bitch, and luckily the four of us are the most perfect disaster in the world, so we could go to the mall with the distinct purpose of fixing my broke ass and it felt alright and was only kind of embarrassing.

We’re like a Sex in the City episode, only with way hotter, smarter women (um duh), and not in New York. And possibly less expensive shoes. And not quite so skinny. So maybe not like it at all. Let’s move on.

So we get there and The Bitch starts running around grabbing shit off shelves, demanding my size and that I try certain things on, then hauls me into the dressing room where she sits there and watches me squeeze my rear end into approximately 9,000 pairs of jeans she chose.

Ah, but then the miracle happened. I put a pair on. She said “Holy shit, those are hot. Your ass is amazing. Your thighs look so thin it’s criminal.”

I turned a couple times in front of the mirror. She called my other friends in. They all agreed. They all discussed my amazing ass.

They told me the TRUTH, and I knew it. I knew there was nothing but honesty, and my feelings weren’t being factored into their assessment, so I could rely wholeheartedly on anything they said.

And there is no better thing in a friendship, as far as I can tell.

So I bought the damn jeans, and I wear them, and I know I look good, and I feel confident and loved, because I’ve got friends who are willing to help me, even if it may embarrass me to be helped.

I have friends who love me even though I’m a certifiable dork who can barely dress herself, who repeatedly wears clothes that should be thrown away, and will continue doing so until somebody has the balls to say “Janelle. SERIOUSLY?”

They know all this, and they’ll say it out loud, and then they’ll handle it, for me, with me.

In spite of me.

Until they’re the asshole in the saggy jeans, and I’m the bitch, and it’s my turn to tell the truth and drag them into the dressing room, loving them anyway, for being such a dork, for needing me to pick them up, save them one more time, with brutal honesty, and denim. 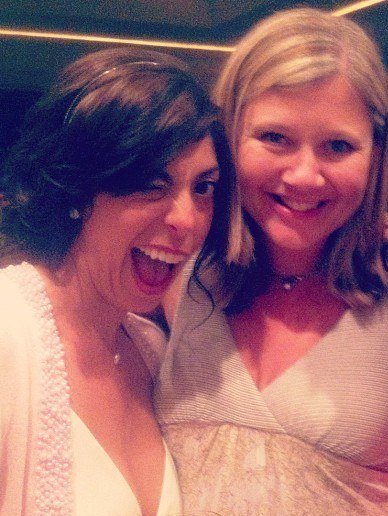 You see that face she’s making? Yep. It says it all.

Could the internet please figure out what “free speech” means or STFU about it?
untitled
Scared Abstinent
Share111
Tweet
Pin1
Email
112 Shares
18 Comments | Posted in nothing to do with parenting. | January 30, 2013