We don’t start with needles in our arms

For those of you who are new here, I am a recovering alcoholic. On March 5, I will celebrate 5 years of sobriety. So yes, I am a relatively new sober alcoholic. For background, please read this or this.

I don’t particularly love talking about motherhood and alcoholism. It’s not exactly the high point of my life to announce to a few thousand people that I was that mother, the trash, the hated one, the drunk, drug-addicted one, the one with two gorgeous, innocent children caught in the cross-fire. And her, that dirty bitch, selfishly killing herself.

But I write about it anyway, because after about a year of writing this blog, I realized I was only telling you people half the story, and I realized I might be of help to somebody, some day in some way and something, I tell you, something has to make those years worth living.

And sometimes, when a famous, brilliant actor dies with a needle in his arm, I read the comments from America and I can’t take it. There’s so much ignorance, so much blind condescension based on NOTHING. NOTHING. Opinion. Observation from afar. Some article you read somewhere. An addict you “know.” A drunk you worked with.

The comment that stuck with me like a knife in my brain is this one: “Yeah, addiction isn’t a choice, but shoving a needle in your arm sure as hell is.”

It’s as if people think we start with a needle in our arm. Yeah. Newsflash. WE DON’T.

Alcoholism and addiction are progressive diseases. THEY GET WORSE OVER TIME. We don’t start with a damn needle in our arm. We start drinking beer with friends in high school. We start like you did.

Do you get that? Do you see that? We don’t wake up one day when we’re 19 or 20 or 35 and say to ourselves “You know what I need? A motherfucking bag of heroin and a syringe.”

I started out like you. I partied and experimented with alcohol and marijuana and a couple psychedelics like a whole lot of other kids in school. Yes. I am responsible for that. I made that choice. If that makes me responsible for my alcoholism, well then I guess I’m responsible.

Do you think I knew I’d lose my job to the stuff, spend years fighting it, catch 3 or 4 psychiatric diagnoses resulting in ELEVEN different medications at one time, as the doctors tried to figure out what happened to this smart, promising woman?

Do you think I knew I’d end up in a mental institution, having spent a few days on a whisky binge in a small apartment with a dog shitting and pissing on the floor, and the doctor would look at me and say “We knew you were crazy, because no sane person would live in those conditions.”?

No. I didn’t know. I didn’t know or think any of this. I was a kid who got good grades and went to college and worked hard. I thought everybody had the experience I was having with alcohol. I thought I was “having fun” like everybody else.

And by the time I realized I was in trouble, I couldn’t stop.

By the time I realized I couldn’t stop, I COULDN’T STOP.

And that, my friends, is the piece you’re missing: By the time we realize we’re dying, we’re dying. By the time we begin to suspect a problem, we are in the grip of a deadly disease, a disease that lives in the body and the mind. The body demands more – aches and screams and begs for more; the mind says “You’ll die if you don’t have more. It will be okay this time. Just one more time, Janelle.”

It’s not rational. It doesn’t weigh options. It doesn’t think about kids or home or acting careers or any other fucking thing. It thinks about itself. It tells me “You’re fine, Janelle. One drink won’t hurt.”

How do you change a mind with an insane mind? Tell me, how do you? How do you alter the thoughts of a brain when it’s the brain making the thoughts?

Do you see the problem, folks? There’s where the element of choice gets really, really sticky. MY BRAIN IS MAKING THE CHOICES AND MY BRAIN IS THE PROBLEM. You’re telling me to “choose” different behavior when my brain is the thing that’s hardwired to choose more alcohol.

And then, the more I drink and the sicker I get, I start looking for other substances to fill an ache in my mind and soul and heart like I cannot describe – the alcohol isn’t enough anymore. I’ve progressed to a new level. I take everything, anything to kill the insatiable need that’s become like air to me.

For my family who will read this, who knew me as a cute little blond-headed, precocious kid, I won’t say how far that need took me.

Does this make you uncomfortable? Does it make you sick? Yeah, me too. But this is it, people. This is what it is. Most of us start out good and decent and wanting a real life with kids and a house and job, and we start out fooling around and maybe we’re a little overzealous but by the time we’re really, really in trouble, we’re dying, and we’re powerless, and the chances for recovery are really, really freaking slim.

Most of us rot in the streets and die in beds in the houses of strangers. We die in bathrooms with needles in our arms, while the world looks on and says “Why didn’t you just choose not to do it, you trash?”

Why don’t you ask a fucking schizophrenic to “just stop having those weird delusions.”?

Why don’t you ask a cancer patient to just stop creating cancer cells?

Why don’t you ask a person with asthma to just get beefier lungs?

What’s that you say? The disease model of addiction removes the element of responsibility? Really. So if you were told you had cancer and need chemo, would you respond “Nope. Not doing it. Not treating my disease. It’s not my fault I have cancer. Therefore, no chemo.” 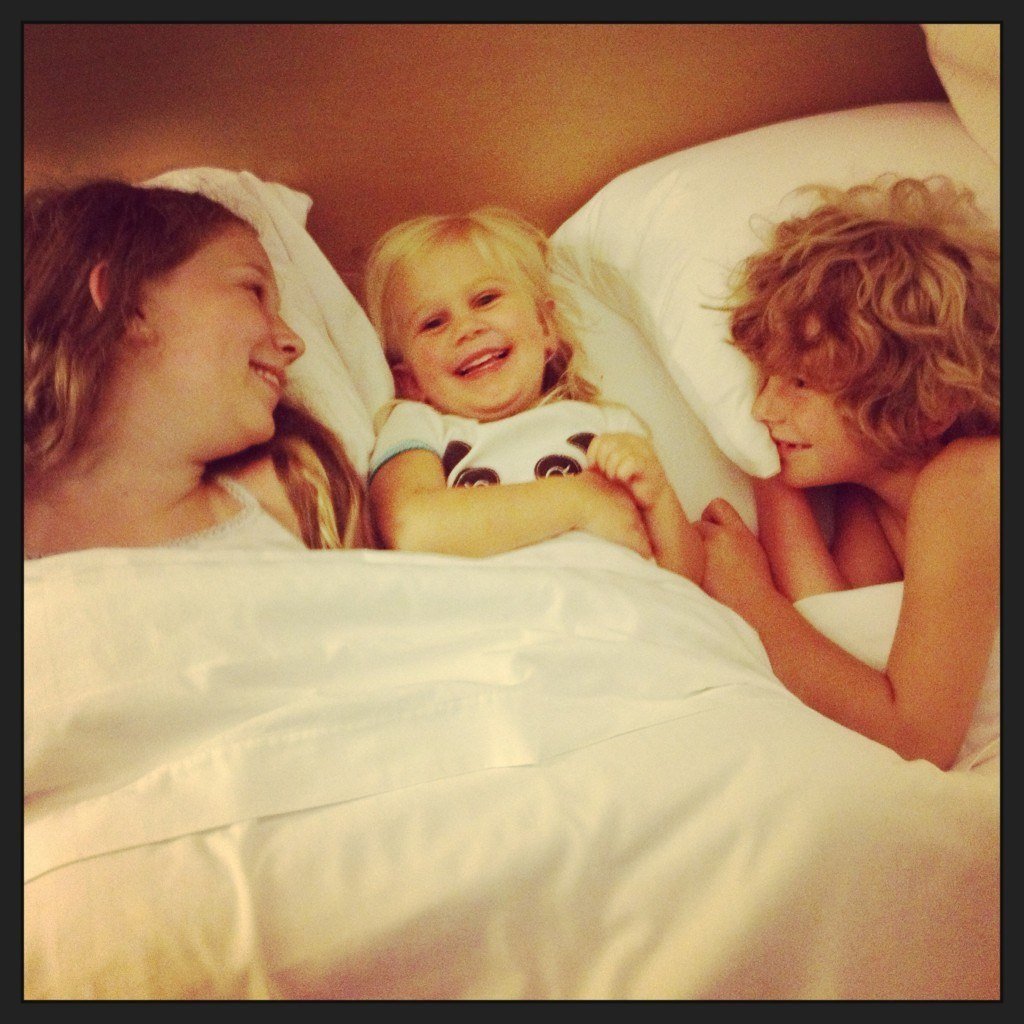 I have no words

It wasn’t until somebody explained to me that I was dying of a progressive disease, that I could never consume alcohol safely IN ANY FORM, that my mind would always, always lie to me, that for me, to drink is to die – it was only then that a beam of understanding crept across my mind. It was only then that I began to understand my condition, what had been plaguing me the whole of my adult life and how I could, finally, live freely, like a real human, wife, daughter, employee and mom.

At this point I know I seem like I’m contradicting myself. I just said you can’t fix a broken brain with a broken brain, and now I’m telling you that an understanding of my disease helped set me free. I can only tell you this: all alcoholics and addicts have moments of lucidity – tiny cracks of sanity where we see the truth of ourselves and our lives. And I believe some of us are lucky to get the kind of help we need during that moment of clarity, or surrender, or internal death. And if we’re set on a path from that point, we might make it. That, at least, is what happened to me. But it’s a long, long desperate and dangerous path to get there, and some of us don’t make it.

Then again, maybe it’s just dumb luck. Maybe some are sicker than others. Why does treatment work for some cancer patients and not others? Why do some people die and some don’t? And is it the sick person’s fault? Should they be blamed for losing the battle?

Don’t ever put me up on some pedestal. Don’t ever tell me “Great job, Janelle. Look at the way you turned your life around.”

Don’t ever set me above the homeless crack-addict on the street, thinking I’m better because I survived my disease.

There’s no reason I’m here and she’s there, and there’s no difference between us. I don’t know why I got to live. I don’t know why I didn’t die alone in some bathroom, leaving two blond-headed children to wonder, and miss their mom, while the world packs up its trash in the form of one more useless addict, one more drunk, one more loser who “chose” to throw her life away.

I take a breath and hold my kids and weep for the ones still dying. 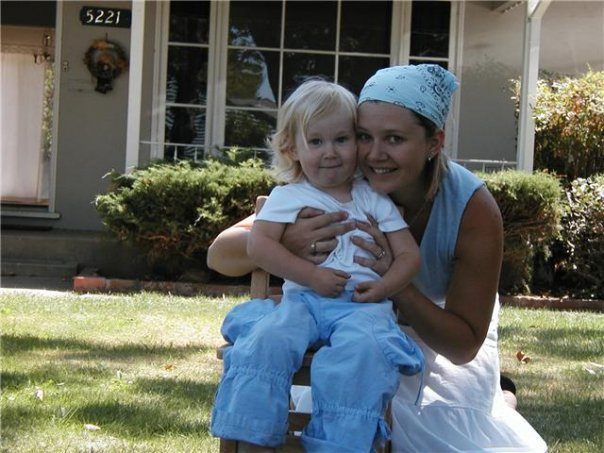 Me, at 24 years old, at the beginning stages of the deadly grip of alcoholism. I sure don’t look sick, do I?

Rep. Tim Ryan (D-OH) yells at the GOP over union organizing bill: “Heaven forbid we pass something that’s going to help the damn workers in the United States of America.”

He adds: “Now stop talking about Dr. Seuss, and work with us …”