I have fucking had it with motherhood

First, the world makes me think having a baby is the greatest fulfillment of my woman-self paired with pastel nursery items and tiny duck sleep-sacks. Like having a doll only more fun because it gives life everything you need to not worry about death.

Okay, so maybe I’m the only asshole who believed this.

I am not. I am not the only asshole. Look around!

I was, however, twenty-one when I found out I was pregnant with my first kid, and had, admittedly, spent the previous few years face-down in my own alcoholic vomit (aim high), but I really thought having a baby was like adding a small tasteful accessory to the lapel of an otherwise-totally-unchanged life.

And then, I get that kid, and realize having a baby is no more or less fulfilling than any other life activity but your body 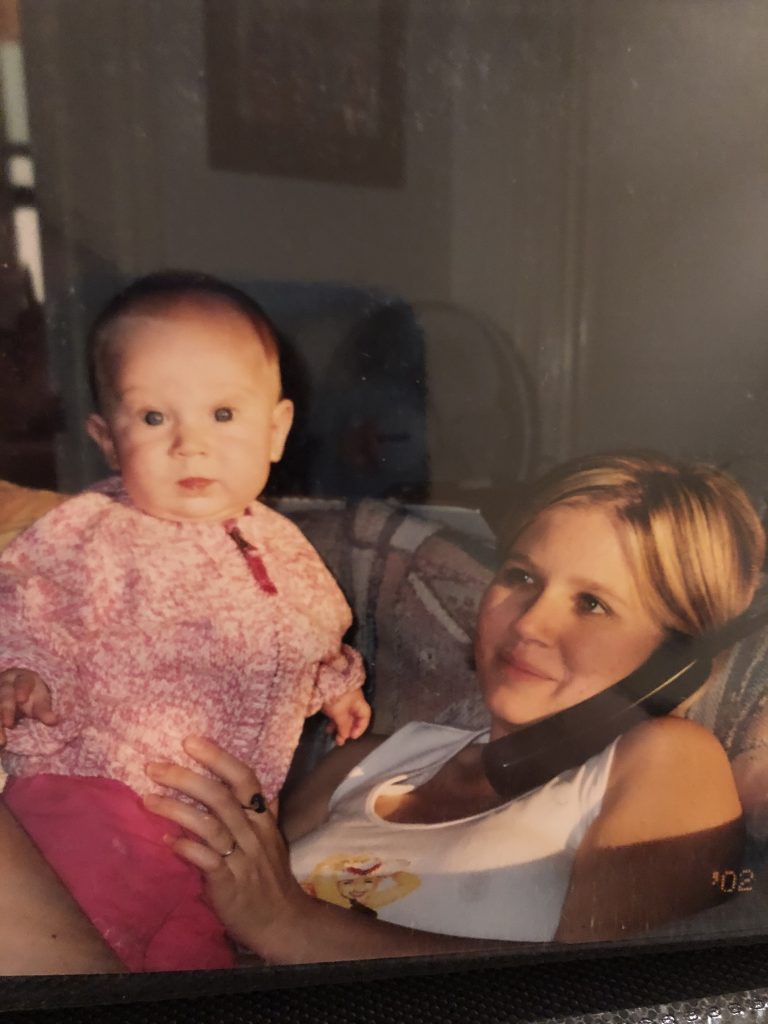 will change and your identity will feel like it’s been sucked out of your breasts by this separate human being without whom you would die, which is the whole fucking problem.

And if you get postpartum depression, which many of us do, you’ll feel like a lone monster in a world of organic cotton harem pants while your husband looks at you like “But we wanted this,” or sleeps. Quite soundly, actually.

Not to oversell it.

And then it seems I have nothing but time, all those years of childhood – eighteen! So much can happen there, can’t it? And I’m thinking my life is going to be this raucous, fun thing of running around and telling kids to do shit and watching them grow and thrive and when they finally do – grow and thrive, that is – I will send them off with beaming pride and vague sense of relief.

I sent Ava off four days ago.

This morning I looked at the wad of her hair, permanently placed over our shower drain no matter how or when I ask her to clean it, and I thought to myself “I can’t clean that. It’s my last memory of Ava in the house.”

On the morning she left, I walked into the house and buckled, feeling like the air had been removed from my body. I spent the next fourteen hours walking around in a daze, crying, and not showering. I only broke my silence to tell Mac how I wasted it all and “only yelled” and “now it’s gone.”

I also ate a significant amount of brie and played Two Dots on the couch. When she left. Not during her whole childhood. There was a Candy Crush phase in there.

OH MY GOD I HATE EVERYTHING I DID WASTE IT ALL.

On day three I got a shower in at 3pm, and read an entire James Baldwin book for a book club I’m in.

And today, today I showered at 10am and now I’m writing to you with absolutely nothing to say beyond this: Motherhood is a crock of lies and I’m done with it. I’m out.

Please allow me this tantrum thanks.

Much like the way we don’t recall the pain of childbirth twelve seconds after they put that adult diaper on us, when that child leaves 18 years later, do we remember the endless work of raising her?

I’m a mess without her. Her absence is a gaping hole in my home, this family, my heart.

The world tells me to be proud. Sure, but give me time. People say the happiest moment of their life was when their kid left. Cool. Good for you. I feel like my bowels have been removed. That was gross.

People say “It hasn’t ended.” Oh but it has. Part of it, at least. Can’t we let that be? Can’t we say “yes, the unbroken 18 years are broken.” It HAS changed. It’s okay, but for things to change, other things also have to end.

LET ME WEEP ABOUT HAIR WADS IN THE SHOWER IS WHAT I AM SAYING.

Nobody told me about the shower-hair sadness. Nobody tells you shit.

I lived for that music. So many mornings, I held that music as my lifeline, proof that our family wasn’t really that fucked up. Here we were, singing. Look at us.

Well, the kids. I may be racing, late, yelling, so tired my bones ache, wondering how and why I’m going to face another goddamn day of driving in circles wondering how much is left in the bank account, but by god here are these four little humans and there’s music playing and it’s our home and we did this, Mac and me. Somehow, we did it and we’re alright.

She’d crank up that music and pull our family into her joy, and I heard it, goddamnit, I heard it.

The morning before she left, I heard it again. She was in the bathroom next to me, singing along to a country song, playing her music just as she’s always done, only I sat on my bed and wept.

It is just her I will miss. The rest we move on from – the regret, the pain, the shock – but her person with us, every day, bringing only what she can bring – for that I’m grieving, for now.

It’s funny, isn’t it, the way everything can change in a single meaningless moment, a single bad country song? It isn’t that I’m fed up with motherhood; I’m fed up with every story we tell about it. All the expectations I have around it. All the ways I think it’s going to be, or should be, or would be if I were a better person.

It is a tragic, heartbreaking, limitless joy, contracted sometimes into my own disappearance. I get smaller, this whole thing does, eighteen years pressed into her voice, singing oblivious to my ears, right next door, dying for her sound and its end.

One of these days, when my heart can bear it, I’ll turn the music on myself. Maybe I’ll even sing the way she did. Maybe we all will. 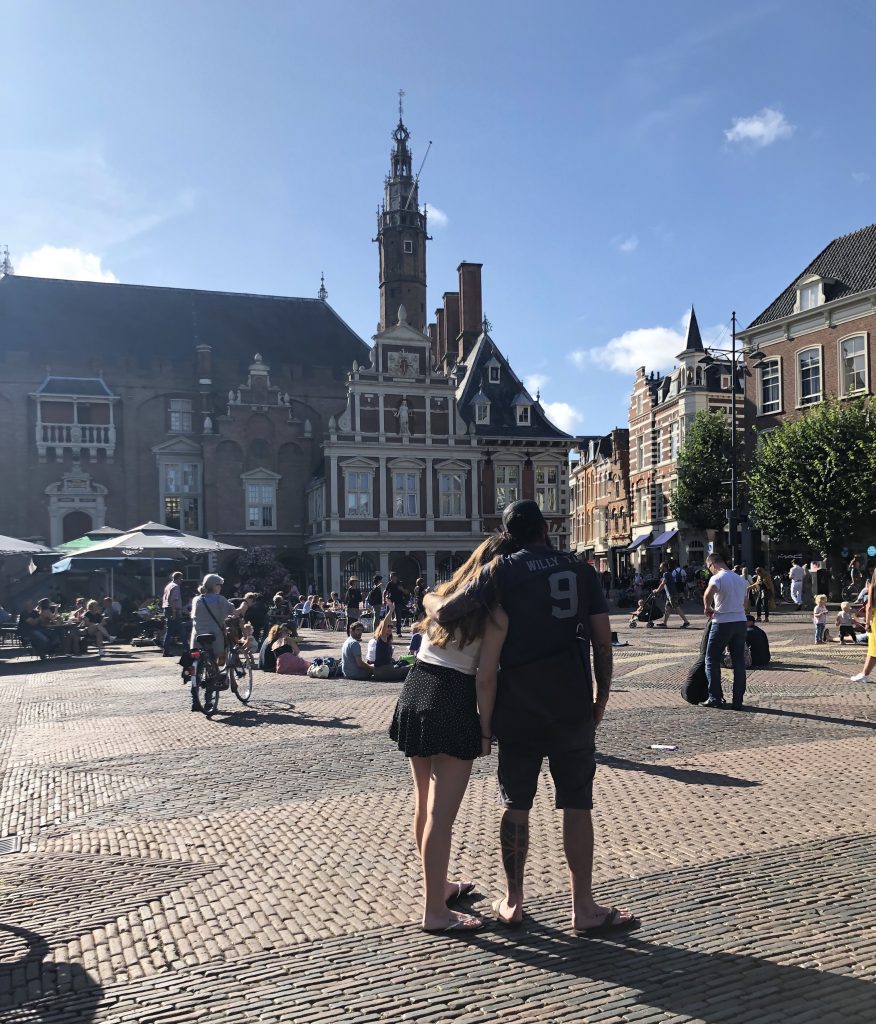 the day before she left we spent the best afternoon ever on the square in our town, listening to some dude play guitar and sing. I walked over and saw them like this.

Cheaper than the paperback. No idea how these things work, but for sure it will change soon. 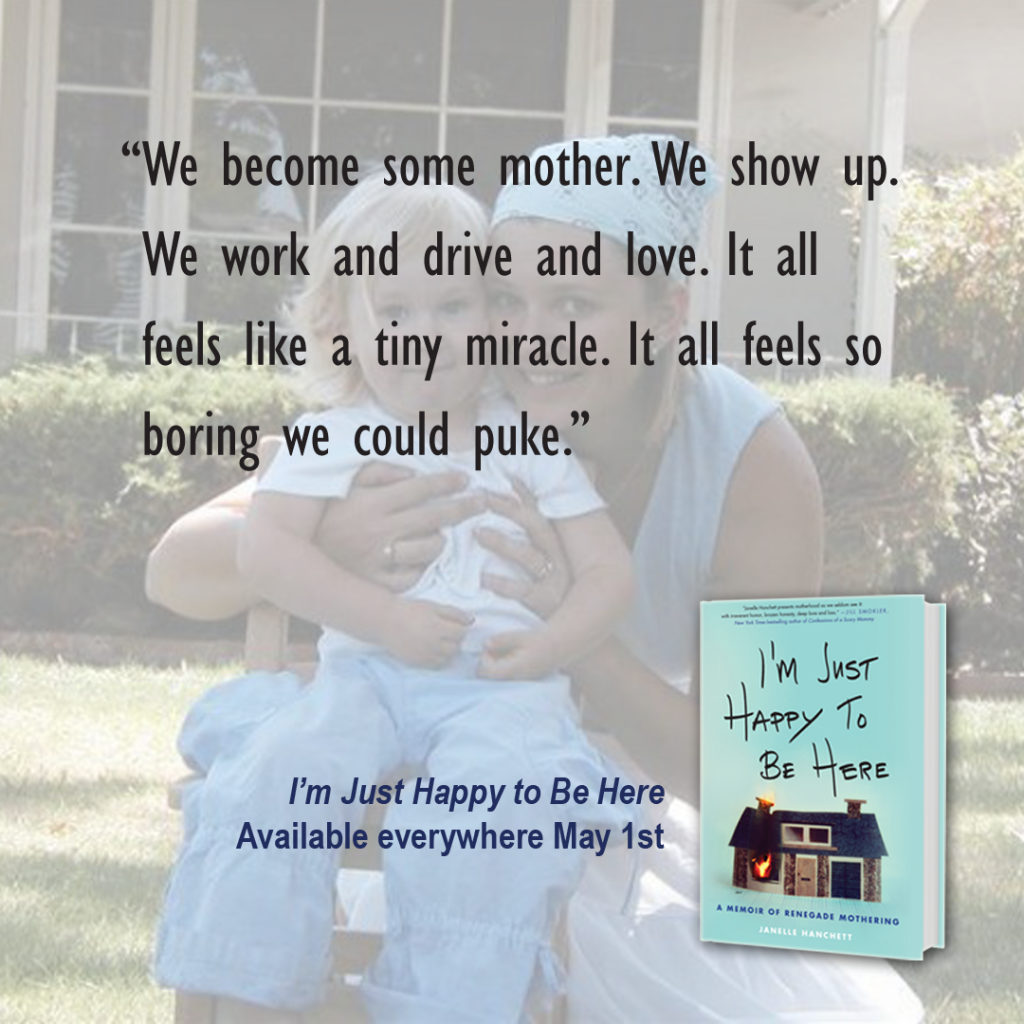