what I learned this week…you have GOT to check out Ava’s insulting poetry.

1. It’s really annoying that Facebook doesn’t tell you who unfriends you. So anti-climactic. I saw my friend number go down one (*oh horrors what ever will I DO?*) but I don’t know who it is, so there’s no drama involved and I can’t sit here speculating how I pissed that particular person off. It’s all very disappointing.

2. Although most likely I said ‘fuck’ one too many times OR failed to return their phone call for 3 weeks. If the person in question is reading this let me just say “I’m sorry. I didn’t mean to.” Unless I did mean to. In that case, I don’t know what to tell ya.

3. Apparently nobody told Georgia about the time change, so we’ve been getting up at 4am.

4. Kinda takes away the joy of “one more hour of sleep.”

5. You know you live in a small town when you know the person who finds your bastard Houdini runaway dog. TWICE.

6. My daughter has taken to carrying around with her a little journal and pen, which she whips out and starts writing in whenever she’s annoyed. Evidently it’s a Book of Insulting Poetry, which she decided to write in attempt to vent her frustrations instead of lashing out verbally. She has agreed to let me share a couple of these with you, so here you go:

There is a boy named Rocket.

I wish I could stuff him in my pocket.

I’d rather be a mango doing the tango

Than be the sister of this big blister.

Someday Jenny will be mowing my lawn

Because she is such a pawn.

She has a herd of cattle from Seattle,

But against her wishes she’s not getting silk – just milk.

Joe is so dumb

It makes me glum.

I’d rather be a textbook

Than be a peer to this can of beer.

7. She also had something to say to “people who fan themselves with paper:” “Don’t do it! When you move vigorously it heats up your blood, therefore you get HOTTER! Beat that, punks!”

8. Yeah. I dunno. She’s either brilliant or mentally disturbed.

9. You know what’s weird about radio stations? They ask the stupidest most irrelevant trivia questions and yet somehow I get all INTO the answer…like I JUST HAVE TO KNOW… “What is the 2nd most consumed food in America?” “Which type of clothing item is the most hated by men?” “What is the one single biggest complaint women make against their husbands?”  And I can’t answer my phone or change the station or MOVE because I may not hear the answer and – I simply MUST know!

10. More evidence that my brain is totally fucking unreliable. It thinks that crap matters. It gets all interested. I’m trying to train it to focus on real shit by purposely changing the station at the critical moment, just before the answer comes, despite the little death I endure deep down in my soul. Each time I do it.

Holy hell she got it from me. I’m INSANE. She gets irritated about people fanning themselves because her mother’s a basket-case who thinks her brain has a vendetta against her by focusing on irrelevant trivia.

Am I scaring you people yet?

But just in case, here are a couple photos of cuteness to make up for the weirdness of the preceding few sentences. Georgia has become quite the helper, in this case, cleaning out my mom’s linens drawer – and finding a nice perch in the process. How the hell did she get so CUTE? 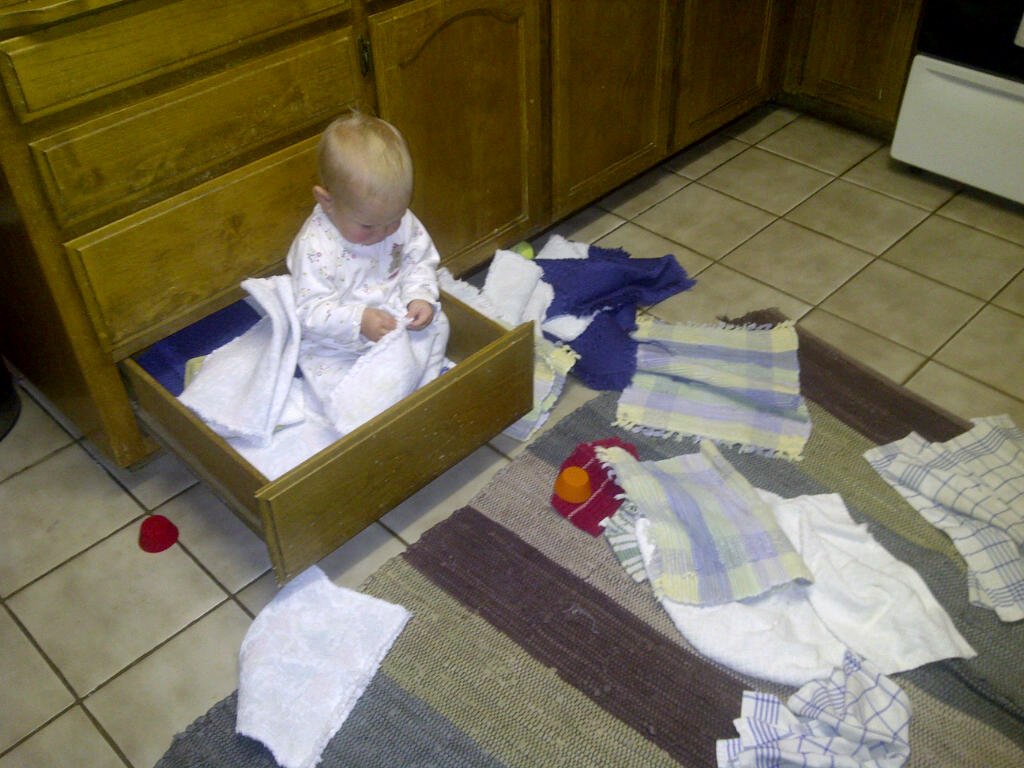 MAKING SURE EACH ONE IS NICELY UNFOLDED… 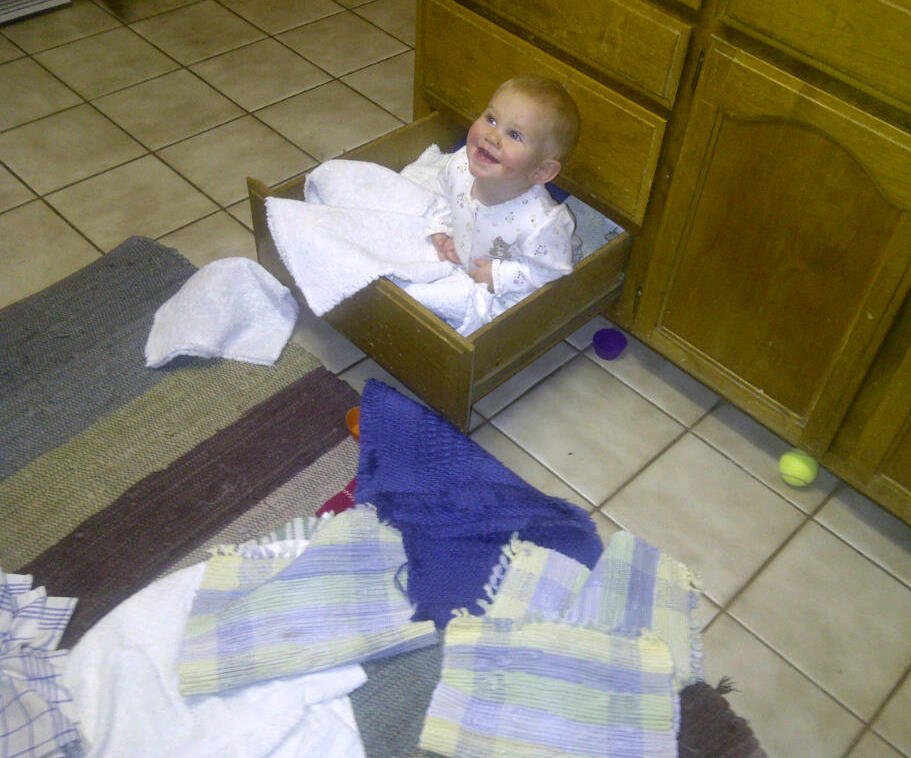 as promised...pictures from our Santa Cruz trip...
what I learned this week – royalty, Scrabble and clean dirty clothes
This week…I’ve been repeating my mantra..and...it’s not really working.
Share6
Tweet
Pin
Email
6 Shares
9 Comments | Posted in weeks of mayhem | November 7, 2011