I became a mother, and died to live.

So I was hanging out the other day with a friend who has a newborn. A freaking gorgeous newborn boy, to be exact.

He is her first baby. She has recently become a mother.

You know, when we hear those words we hear them like it’s no big deal – “become a mother,” like you might “become a doctor” or “become a pet owner.” As if it’s just this thing that happens, without anything else happening – it’s just this exciting addition to one’s life. You add this new thing and go about your business.

Like a new-home owner, or a resident of a new town.

But this particular transition comes with a cost. A BIG ONE, yet nobody really talks about it.

And if you do talk about it, you have “postpartum depression.”

I have an idea: let’s talk about it, right here and right now, and call it nothing other than a human, adult reaction to a giant shift in identity, a presence of mind recognizing the end of an entire chapter of life, a heart mourning the woman that once was, and a soul shaking under the weight of a new giant world.

I’ve talked about it a little before, and in my case I actually DID have postpartum depression, and obviously I’m not trying to say that having these feelings does not indicate PPD (um DUH). What I’m saying is that it seems to me that every woman who becomes a mother, no matter how much she loves her kid or wants to be a mom, will most likely, at some point, mourn the loss of her previous identity.

And it will hurt.

You’re sitting in the house a few weeks after your perfect baby is born. Everybody has gone home. The help is gone. Your husband (or wife) is back at work.

Your belly is still sagging. Your boobs are exploding. You’re bleeding still, maybe, but you’re definitely leaking milk. There are big pools of it on your bed and couch and everywhere. You don’t really sleep, but rather fade in and out of a half-sleep, alongside your baby, checking him every hour, acutely aware of his breath, as if it were a freight train roaring through the room: do I hear it? Yes, I hear it.

His temperature, his blanket. He stirs and you’re there, boom. Awake. You are infinitely connected. You seem to be melting into this tiny body. He wakes and you stare into his eyes, struck and dumbfounded at his beauty. You coo at him and notice the way he moves his mouth, as if he wants to speak. What will he say?

Someday he will speak. And you know you know him better than everybody else, and always will, and you know when he’s sleeping you’re there when nobody else is there, and you’re watching him breathe so you can breathe and watching him sleep to drift into your own.

And you’re falling into a love you’ve never known. It’s like quicksand; the more you struggle the deeper you fall. Only you’re not struggling, because it’s a gorgeous catastrophe, and there’s nowhere else to go.

But you watch people leave, too. You watch your husband go to work. You see friends come and go, bright and capable with energy and direction, as if the world is still going on outside, out there.

And you’re isolated and stuck.

As you watch them there are moments, moments when you remember when you used to run around and visit people and live your life and work and be alone. You remember when your body was just your own and you were thinner and felt contained and like the owner of your boobs and vagina and life. You remember having a couple shots of tequila or maybe a cigarette with some friends, and you did it like it was nothing, never knowing it was somebody who was going to stand like an old friend some day, a thousand miles away.

You were twenty, twenty-three, thirty, thirty-five. You were free and young and somebody else.

We were free and young and somebody else.

At some point the reality will hit us: We are never alone again, no matter where we are, and we are the only ones in the world who have become this person toward this child.

Yeah, that’s right. I said it. NOT EVEN THE DAD.

It’s hard to put into words, but something becomes very apparent when a baby enters a relationship: there is something different between my relationship with this baby, and everybody else in the world.

I am the only one who is The Mother to this child twenty-four hours a day, and will be for the rest of my life.

I’m not trying to speak for everybody. Obviously. I’m speaking for myself, and for my friends, who I’ve seen living the same beautiful catastrophe.

My husband always goes back to work relatively soon after the baby is born. So his life, though obviously irrevocably changed, goes on in more or less the same way it was before. My husband’s sleep patterns haven’t changed. My husband’s body isn’t suddenly owned by a 9-pound nursing machine. My husband’s vagina isn’t, well, let’s change the subject. My husband doesn’t have stretch marks. My husband didn’t give birth.

My husband doesn’t spend hours eye-locked with the newborn, cooing and talking with infinite fascination with a ball of chub. My husband doesn’t pick at the baby’s head and eyes and ears like an attentive monkey.

My husband didn’t become a mother, but I did.

Why didn’t I appreciate my life more, when it was mine? What if I want to leave one day?

I’ll never be able to leave one day, ever.

I’ve been the same woman my whole life. What about her? Where is she? Is she just dead?

Yes, she is just dead.

Does that seem harsh? Well, it is. So is motherhood.

Perhaps we can soften this whole thing by saying our identities are “transformed,” or we are “forever changed,” but the fact of the matter is that the woman you once were is gone, and she will never come back.

You can pretend she’s not dead. You can even leave your family and act like a kid again and not a mother. But you will not be free, and you will die under the weight of your lies, because you know you’re something else, and there’s a little girl out there who misses her mama, and has replaced her with a box full of notes and cards and memories and yearning.

I will never live a single day as an individual. Always, somewhere, my heart will be beating for that child. Always, somewhere, though I may not even know it, my mind has wrapped itself around her, wondering how she is, seeing a shirt or dog or book, “She would love that.” I miss her.

One thousand miles away, but tied.

And yet, I’m still here. This is still me. I am untouched, unscathed. So maybe I have not died?

If I died, how am I here, nursing and changing and mothering this baby? Who’s doing this work now?

And who is she?

Thinking my god, I guess I’ve known her all along. 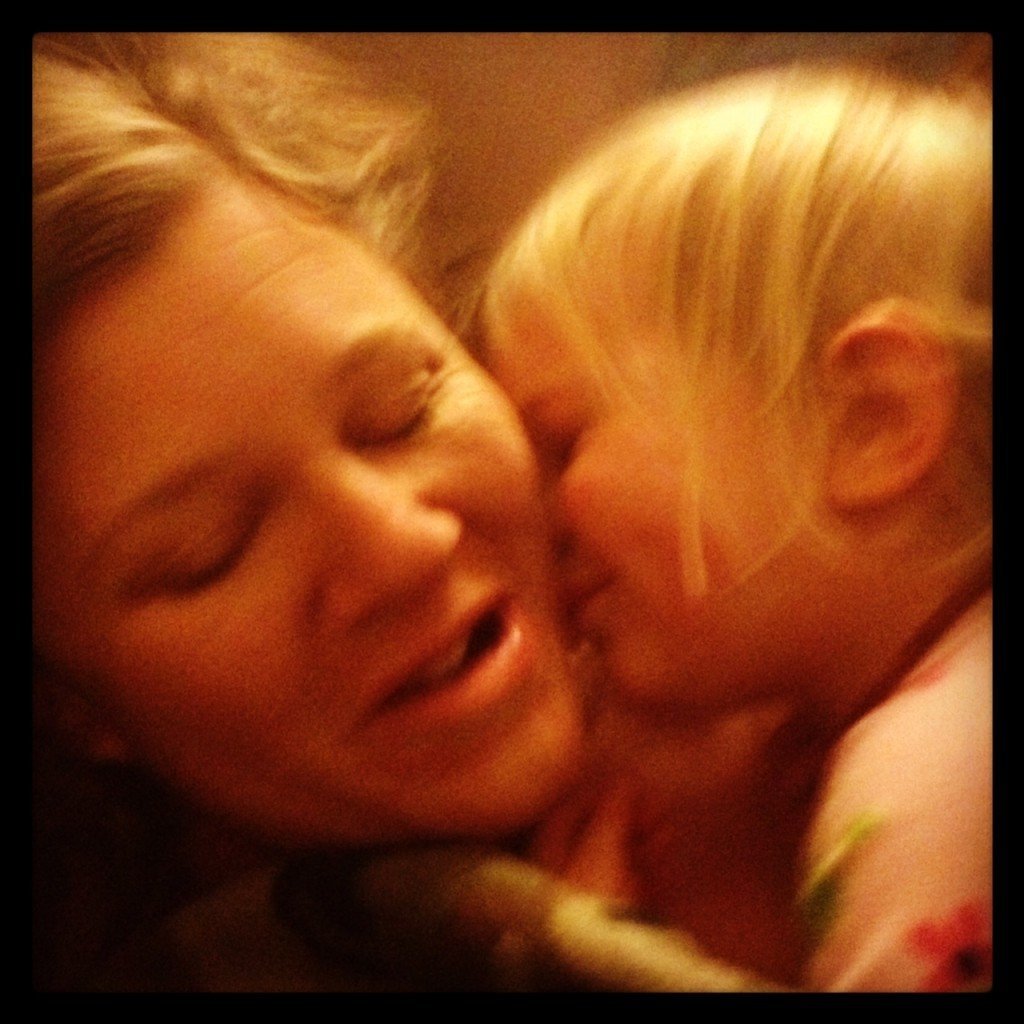 We’re all facing the “most sacred job in the world” armed with nothin but ourselves.

I insist there’s beauty right there. And a shitload of humor. A SHITLOAD OF FUCKING HUMOR. Because it’s funny, goddamnit, the whole thing.

And I wrote that too.
That part was really, really fun. Alongside even the most intense parts of that book, I was laughing my ass off (IN MOMENTS, okay, I’m not a monster). I may be a monster.

Welcome to our world, Arlo
My husband and I went to Chicago and remembered we don't hate each other.
Yes daughter, I've got a few things to say.
Share79.9K
Tweet2
Pin526
Email
80.4K Shares
458 Comments | Posted in cohabitating with a man., over-sharing is my talent, Sometimes, I'm all deep and shit..... | February 9, 2013