Invisible labor and the “small space” that’s ours.

Alright, I’ll admit it. I am having a rough time. Here’s what’s up: When I left California, I left the support network I’d built over 18 years to help me raise four kids and work as a writer. And now I’m without that network, starting over, and the domestic load is fucking killing me.

I used to have close friends within walking distance, my mom, and Mac’s mom. I used to have an office out of my house. I used to know how everything worked in my world, so I could get it done fast or easily send somebody else to do it. Now, I’m feeling quite alone with all this.

The details of my situation here are irrelevant. I could go through my day and the particulars of our marriage and house and schedules but it doesn’t matter. It’s not a fucking competition, and the more details we share, the more we’re held up for uninformed scrutiny from the masses. As soon as you say “This is hard,” half the world looks down on your sorry self and instructs how you could manage better, how they’ve learned what you haven’t, how if you’d just try harder you wouldn’t be having such a hard time. There’s so much you want to explain, so much nobody sees.

And I’m sure from the outside a person looks at me and thinks, “You live in the Netherlands surrounded by cobblestone and affordable healthcare. Shut the hell up, ya ungrateful shitbag.”

And that is true. Occasionally even the shitbag part.

But some things don’t change no matter where you live. In fact, for me, in this particular arena, life is quite a bit harder here.

The most difficult part of talking about the unequal division of domestic labor is that there’s no way to do it without making your husband sound like an asshole. There’s no way to talk about the bulk of the invisible labor on your shoulders without implicating the person you’ve partnered with, are happy with, and love, a lot.

So, we keep silent. But this isn’t about an individual man and it isn’t about my particular marriage or the idiosyncrasies therein. It is an oversimplification to say, “Your husband should do more.” It is a minimization to say, “Some men are better than yours.” This mentality is not understanding how deep this problem lives within him and within me.

We are products of the world that raised us.

For example, when I said “I do” at age 22, I didn’t come up with the idea that I would assume responsibility for damn near everything from start to finish. I didn’t go into marriage telling myself “You know what? THIS IS ALL MY JOB AS FAR AS THE EYE CAN SEE.” I just knew it was. I didn’t even question it until I’d been married a decade and saw that my career, a career I cared about all the way to my bones, would be eradicated and impossible unless we, as a couple, changed.

If it involves the kids, finances, health, school, the house, overall social and familial relations, I tend to assume I own it. As in, it is mine. Sure, I can delegate it, but I will then manage the delegation. I will make sure it gets done. I will follow up, because it’s still mine, it’s just parsed out to somebody else temporarily. Ultimately, I feel it is on my shoulders to complete. And in fact, it is.

Who the fuck decided that?

In other words, the invisible labor of thinking, remembering, asking, tracking – the mental space required for all that – is still consumed in my brain. All the space in there feels taken up, largely by shit I never asked for and probably don’t care about.

It isn’t that I particularly enjoy or am uniquely interested in household organization and cleaning out drawers and getting new lightbulbs and making dentist appointments and planning playdates, it’s just that somewhere along the line, this became “women’s work” in addition to our regular work and I, for one, pretty much just do it. Or did it, unquestioningly. Some women find this stuff interesting, and that’s wonderful. I do not.

Here in this new country, I’ve started at zero again, and my whole brain is taken up.

Motherhood is always more immediate. It’s always right here right now. And Mac’s work is outside the house. He has people who he’s building things for. Of course he needs to leave and do that work. But it feels sometimes a touch unreasonable that I, too, have work, hard work of a different kind, plus the burden of damn near all household management.

This arrangement feels a bit shitty for women and a bit awesome for men.

I was thinking recently about something I did a few years ago that felt like a radical act. I was trying to write my book and it wasn’t happening. I quickly realized “write book” was simply added to my to-do list, as if I could just carry on doing all the things I did before plus write an 80k word manuscript that didn’t suck.

After a small breakdown one Easter, I began leaving on occasional weekends to write for 18 hours. I knew something had to give. I just said FUCK IT and left my life, the mess, the kids, all of it. I booked myself into a motel room and worked. I got my whole book done that way. During the week, I’d barely write.

Now, my whole life looks like those barren weeks, and I don’t have the money to run off and write. I am erased again, it seems. How quickly we get eaten up if we aren’t paying attention.

Anyway, around that time, when I was fed up, I began asking every one of my kids’ teachers to add my husband’s email to their lists and always email both of us. This was a tiny, obvious step in making sure he had access to the same information I did. Despite my requests, many of the teachers still didn’t email him when problems arose.

So, I simply replied with a copy to Mac and a message that said: “My husband is handling this.” Sometimes I just emailed back “Please tell my husband.” Or I would forward it to Mac with the words: “Yours.”

Yes, depression. But could it also have been that she couldn’t bear a life of erasure? That her art, her writing, her purpose, was impossible in the context of her life and she couldn’t go on? A room of one’s own, indeed.

I don’t have answers. The truth is I move from resignation to gratitude to rage and back again. I look for words in stolen moments. I give up again. I ask somebody and nobody, “When the fuck did all of this become my job?”

I read the women who’ve gone before me, like Toni Morrison:

“I have an ideal writing routine that I’ve never experienced, which is to have, say, nine uninterrupted days when I wouldn’t have to leave the house or take phone calls. And to have the space—a space where I have huge tables. I end up with this much space [she indicates a small square spot on her desk] everywhere I am, and I can’t beat my way out of it. I am reminded of that tiny desk that Emily Dickinson wrote on and I chuckle when I think, Sweet thing, there she was. But that is all any of us have: just this small space…”

Sweet thing, there she was. 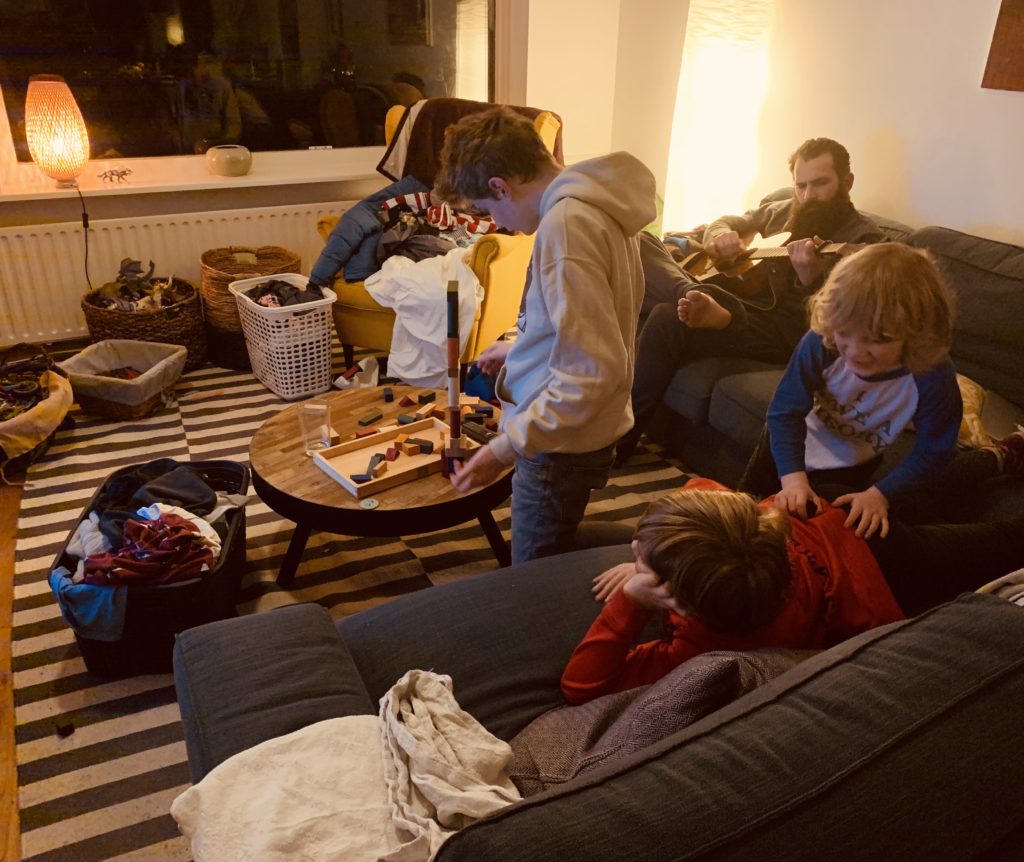 How do you look at something and see your whole beloved life and the threat of erasure at the same time?

Speaking of carving out spaces for ourselves, there are five spots left in my Memoir writing workshop in April. We need your story.

Oh, and here’s my book. If you’ve read it, would you consider reviewing it on Goodreads or Amazon? And if you haven’t, maybe consider doing so if you like my work. I’m still over here talking about it because this book’s sales help me get the opportunity to write another.

I HATE MARKETING SO MUCH BUT I SURE LOVE YOU.