Love to you from the parking lot

I’m writing today for one reason alone: To recount for you exactly how fucked up my days are, how poorly I’m functioning, in case you suspect everyone is doing better at this than you are.

I find myself secretly believing that all the other humans are quarantining better than I am, as if they all have some Secret Pandemic Insider info that was handed out—you know, at some point—and I, unfortunately, was absent. This is why they are coping like adults while I watch 15-year-olds do the same dance on Tiktok for three hours straight while telling myself I’m a loser.

I know it’s a sort of ego trip to think I am more fucked up, more disturbed, more deeply affected or deficient than others. To think, in other words, that I’m special. I know this, but knowing things is so damn useless sometimes.

And intellectually I know I am not wholly alone in my strange numb space. I’ve read a hundred accounts of people saying they feel brain dead, unable to focus, hyper-angry over nothing, in a time warp, etc.– and yet my self-repulsion is intact.

Who defined how we “should” be behaving?

MY BRAIN, obviously. Reliable guide that it is.

My friend Jack used to say, “We’re all in various stages of ‘my case is different.’”

As in, as you grow up, you realize you’re just like every other goddamn person on the planet. You aren’t better or worse. Being one among many is annoying as hell until you break through the immediate shock of realizing you’re quite standard. Then it’s the freest place possible.

I’m just another asshole on the planet. I’ve nothing to prove. I’m as well or poorly equipped as every other person handling or not handling life.

But sometimes, goddamn, I just feel like I’m the only one “here.”

Here’s my typical day: Wake up at 4am for no apparent reason. Look at my phone. Feel bad about that. Read until 5am or 6am. Listen to an audiobook until I fall asleep and sleep until 8am, or just get up at 6am and feel like shit all day. Have coffee. Have more coffee. Say good morning to George, the only kid who gets up before 9am now. Tell myself we should get Arlo into bed earlier (he’s probably sleeping until 9 because he’s up too late). Sit on the couch and/or get in my bed and listen to a book while playing stupid games on my phone. Until 11am or 1pm or 3pm.

I get up occasionally to eat or help my kids. Shower. Sometimes I tell myself, out loud, “GET UP JANELLE,” and I shake my head and ask the dog what’s wrong with me and feel like shit.

I’ll tell myself to write. DO SOMETHING! I’ll go downstairs to grab my laptop. Then I’ll come back upstairs to my room, to work, set my computer down and pick up my phone again.

At some point I try to invent one thing to do: Clean my room. Do the laundry. Vacuum downstairs. Respond to work emails. And I usually do that thing. Sort of. And then I’m so exhausted I feel I can’t do more.

Once a day I tell the kids we’re getting off screens and we do chores and they play or I send them outside. Sometimes this is three or four hours. Sometimes it’s one hour. Sometimes I enforce this “healthier alternative,” sometimes I hear them back on their screens and don’t care.

Every now and then I have a burst of energy for half a day where I feel almost clear-headed and okay again, and I’ll do work or write or catch up on adult shit like bills or whatever. But mostly I walk around in a state of uselessness, malaise, and soul-tired weirdness that I’ve never known before. I can’t follow a train of thought. I literally stare at walls sometimes. I particularly hate the wall-staring. Complete blank space in my brain.

Mac and I were joking that they should start a new game called “Is it depression or regular quarantine life?”

My mental health has been a bit, in peril, for a few months now, and it worsened when this all started. Because my feelings of depression have been getting worse since October, and I’ve entered a state of apathy that was a bit terrifying, I called a doctor to discuss.

She said “Well, we can give you medication, but it’s hard to tell if it’s circumstantial or chemical. Everyone is so messed up right now.” I’m paraphrasing.

For now, I’m waiting it out, but it’s nice to know she’s there. And how shocking is it that we are living a reality that causes a mental state akin to those that require medication?

I just feel so cut off: from you, my brain, my loved ones, my whole life.

On Saturday, April 25, Mac’s cousin Chris was killed in a car accident. He was 30 years old with a fiancée and toddler son, and we love him and his family very much. They are in Kentucky and Mac was going to try to get there to be with them, but we were told that immigration “couldn’t promise” that there wouldn’t be a problem with him returning. So he stayed, and on Wednesday, we “attended” the funeral via Facebook live video.

Within two minutes of the video starting, Mac and I were choked with tears after reading a comment, “Love to you from the parking lot.”

Love to you from the parking lot.

And the comments streamed in. “We’re right here!” “Sending you prayers from our car!” “Love you, brother, from just outside.”

“They showed up anyway,” Mac said, looking at me.

We showed up anyway too.

Ava’s school sent the email letting us know about Ava’s “virtual graduation ceremony.” About the caps and gowns we can pick up. About the senior trip to Disneyland they officially canceled. Reading about the sad replacement, the pathetic “streaming event” to “honor my child,” it felt ridiculous and enraging. Fuck your online bandaid.

My rage masked a heart breaking for my child. It all turned to outright crying. Sobs. I’m not much of a crier. Especially like that. But it all shattered for her, her disappointment, what she’s losing—the final ritual culminating twelve years. My little girl.

And I can’t do shit about it.

Love to you from the parking lot.

We’re all sitting in the parking lot right now, aren’t we? Waiting outside the circle where life seems to be, held up in strange, liminal gestures that feel half-human.

I don’t want to be in the parking lot. I want to be hugging Chris’s parents and I want to feel the sun on my face at Ava’s graduation and see her between her grandparents’ beaming heartbroken pride and I don’t want to wait for a future that may also be a strange replacement.

And yet we show up anyway, don’t we? We sit in the parking lot. We send the love we’ve got. We scramble up walls we never asked for, grieve, and wait.

I suppose someday I’ll accept this isn’t a proxy life. This is real life. And we’re all here.

Maybe I’ll let go, hang out with you wherever we are, one among many again, where things feel warmer and a lot safer and I can see your eyes.

Until then, love you, brother, from just outside.

This is a painting by Wendy Kwasny. It’s a rendering of a photo of my son Arlo. You can find more of Wendy’s work at www.wendykwasny.com or on Instagram. 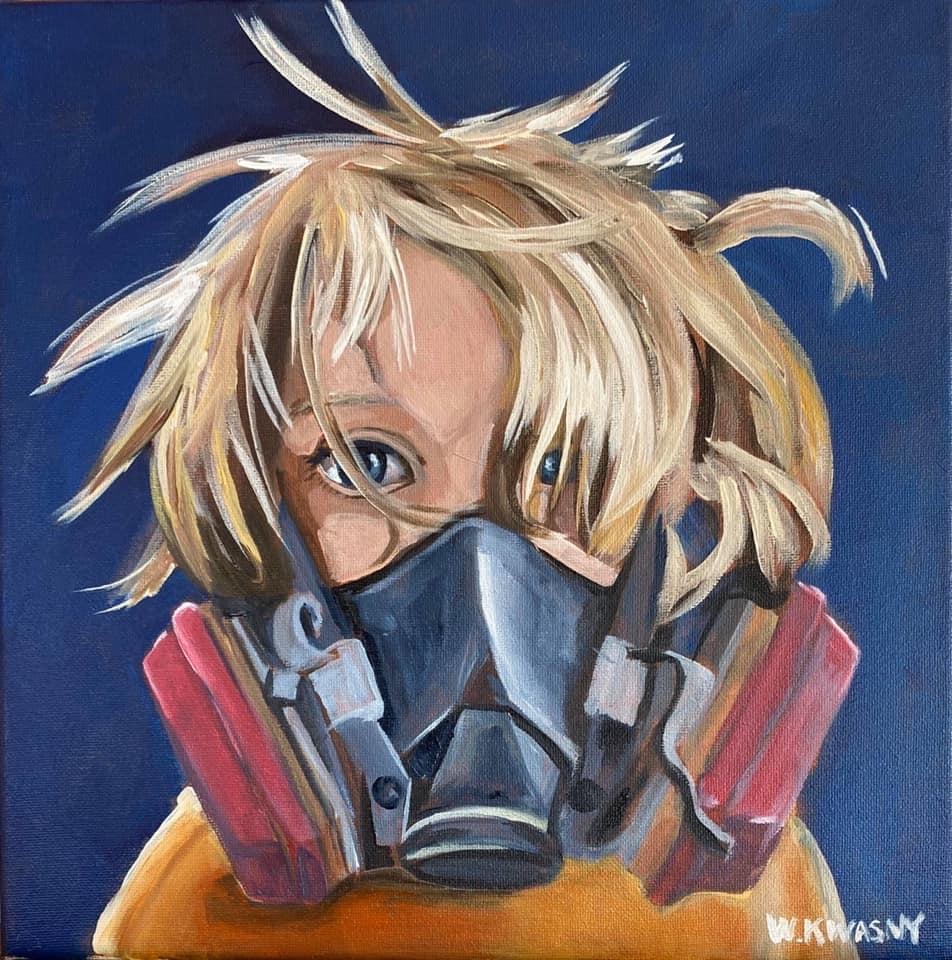 Bored? Join us for my memoir workshop: FROM MEMORY TO MEMOIR.

This workshop usually sells out with a waitlist in 48 hours, but we start next week and there are four spots left. 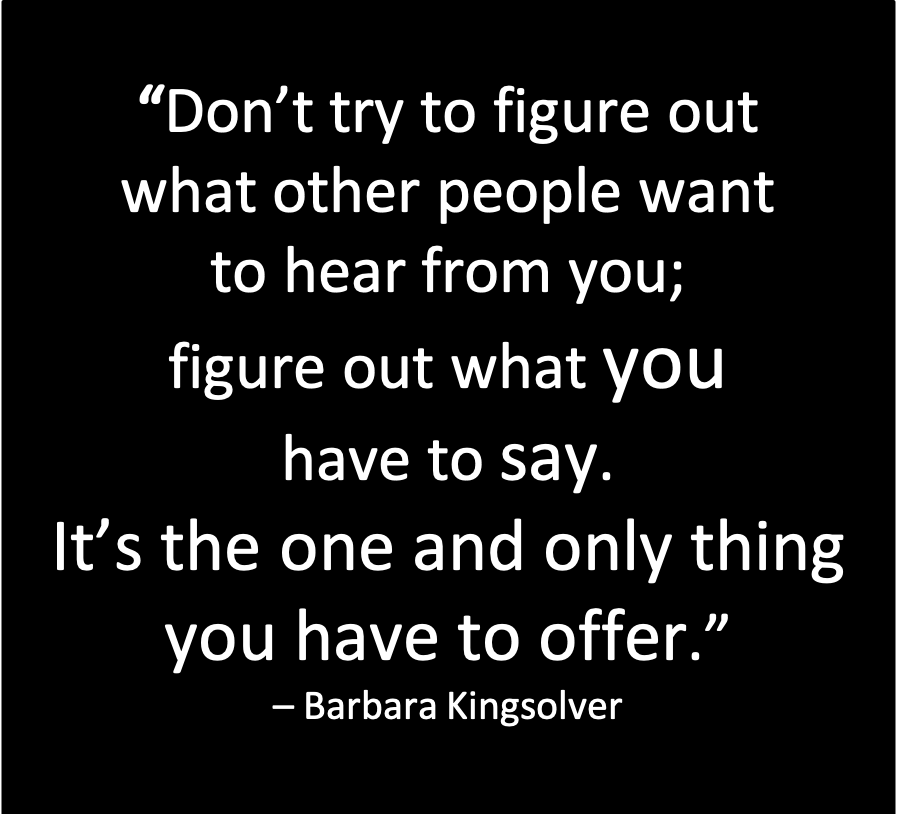 Hey white friends: We aren’t above the newly “woke.”
"I live a hope despite my knowing better." What else can we do?
Coronavirus & the Netherlands: Thoughts from a rando American
Share2.0K
Tweet
Pin3
Email
2.0K Shares
37 Comments | Posted in 2020 deserves a category of its own | May 1, 2020