I thought age 4 would be better. I was wrong.

We all know “terrible twos” was an invention by some prick who never had a 3-year-old, and found it amusing to make new parents think 2 is bad when actually, Dante’s 10th circle of hell is right around the corner.

Age 2 is sipping hot apple cider during a crisp fall evening with big orange leaves crackling at your feet. Age 3 (and 4, evidently) is like getting a bucket of ice water dumped on your head (only not benefiting a nonprofit) and the leaves shoved in your ears by a tiny insane human squealing “I don’t like the orange leaves. I ONLY LIKE THE RED LEAVES!”

And you’re like “but I didn’t make the leaves, sweet angel from heaven.”

And screaming and crying and growling and fists and shit and you’re like “This is why nobody likes you.”

But you keep it inside, because you can’t actually say that to a toddler. I mean, out loud. Plus, it’s not true. Everybody in fact likes her a lot since she saves this behavior for you and you alone. And maybe daddy. But mostly you.

And sometimes, when you’re in public.

Like the other day when we went to get Arlo’s birth certificate from the court records place and it had already been decided that Rocket gets to push the button on the elevator (because these are the issues that now concern me, people. This is important stuff here. WE MUST MAKE SURE IT’S FAIR AND EVEN AND RIGHT AND TRUE when it comes to elevator-button-pushing. Fuck my life.) But somehow, even though it was clearly Rocket’s turn (Georgia pushed them on the way up), and sharing and turn-taking have been working parts of our psyches for at least 2 years, suddenly, right now, this shit is INTOLERABLE and the thing to do when Rocket pushes that elusive, gorgeous light-up button is stand in the corner and let out some wails that might shatter the elevator glass, were it not bulletproof.

Instead, even though it’s never worked once in the history of motherhood, I attempt reasoning with her (also because this makes me look like a good, conscientiousness mother in front of strangers) “Georgia, you pushed the buttons on the way up. It’s Rocket’s turn now,” but we’ve entered full-toddler-psychosis. It’s no use.

Only thing to do is ignore it. Only way through it is through it. Going on a fucking bear hunt, folks. Somebody save me from these horrid jokes.

I am, after all, in an elevator with a toddler, newborn and 8-year-old. Can’t really sit there and “talk it through” lovingly in a supportive mom voice, exploring complex feelings of displacement (new baby came, very hard on toddlers) and existential toddler angst.

She probably just has to poop.

Or needs a nap (which she abandoned 6 months ago, because clearly if it’s helping her mood we should get rid of it immediately).

Besides, I have no capacity for supportive mom voice at that moment.

So the husband picks her up and puts her over his shoulder and she loses it all the way home.

People look at you wondering why your kid is so terrible, all tantruming-the-fuck-out and you just ignoring her. I feel like that’s excessively unfair because in my experience the only way to get them to stop being assholes is to ignore their asshole tantrums.

If you have a better plan, please shove it up your ass.

Well maybe I meant it a little.

But seriously, right? I can’t give in to my daughter’s irrationality and so, a tantrum ensues. The only thing that will stop the tantrum is letting her push the button. But if I do that, she’s earning what she wants from the tantrum, and will thereby do it again. And again. And again.

And the next thing you know, she’ll be the woman at the Target checkout line screaming at the pimply faced teenager for not giving the appropriate discount on her Scrubbing Bubbles cleaner. You know, the one we all look at and think “Why didn’t your mom teach you any damn manners?”

Except at the county fair. I am better than those parents. Just saying.

Anyway, the other day, Mac was changing the screen on one of the windows in the back of the house, nowhere near Georgia’s room, FYI, and she starts screaming and crying that Mac had “ruined the magic secret door to her bedroom.”

Look, kid, you can’t hold us accountable to your paranoid delusions of weird toddler shit. Err, I mean “imagination.”

A few hours later, we were driving along in our vehicle and Georgia asks “What’s that?”

I answer: “A restaurant.”

She asks “Why? Why mama why? Whywhywhy?”

I roll down my window and scream into the night “I can’t live in these conditions!”

But nobody hears my cries.

Leaving the house the other day, she says “I want to bring that stroller!”

But we don’t need that stroller, so I tell her.

So she furrows her brow and wails and screams, because that makes sense.

I tell her “I’ll give you $100 if you stop making that noise,” but she has no appreciation for money.

God help you if you don’t give her the red cup.

Or ask her to leave, anywhere, ever, in a hurry.

Do not, I repeat DO NOT, change your plans in the middle of the day if those plans involved parks, friends or grandmothers.

Right, because plans never change in families of 4 kids and a mother who puts things in her calendar then forgets to look at the calendar.

And if she squeezes the newborn’s face and makes him cry, don’t say anything, because SHE WASN’T HURTING HIM.

And I’m not jumping on the couch, she says, in an up-and-down motion.

Next week you start preschool. 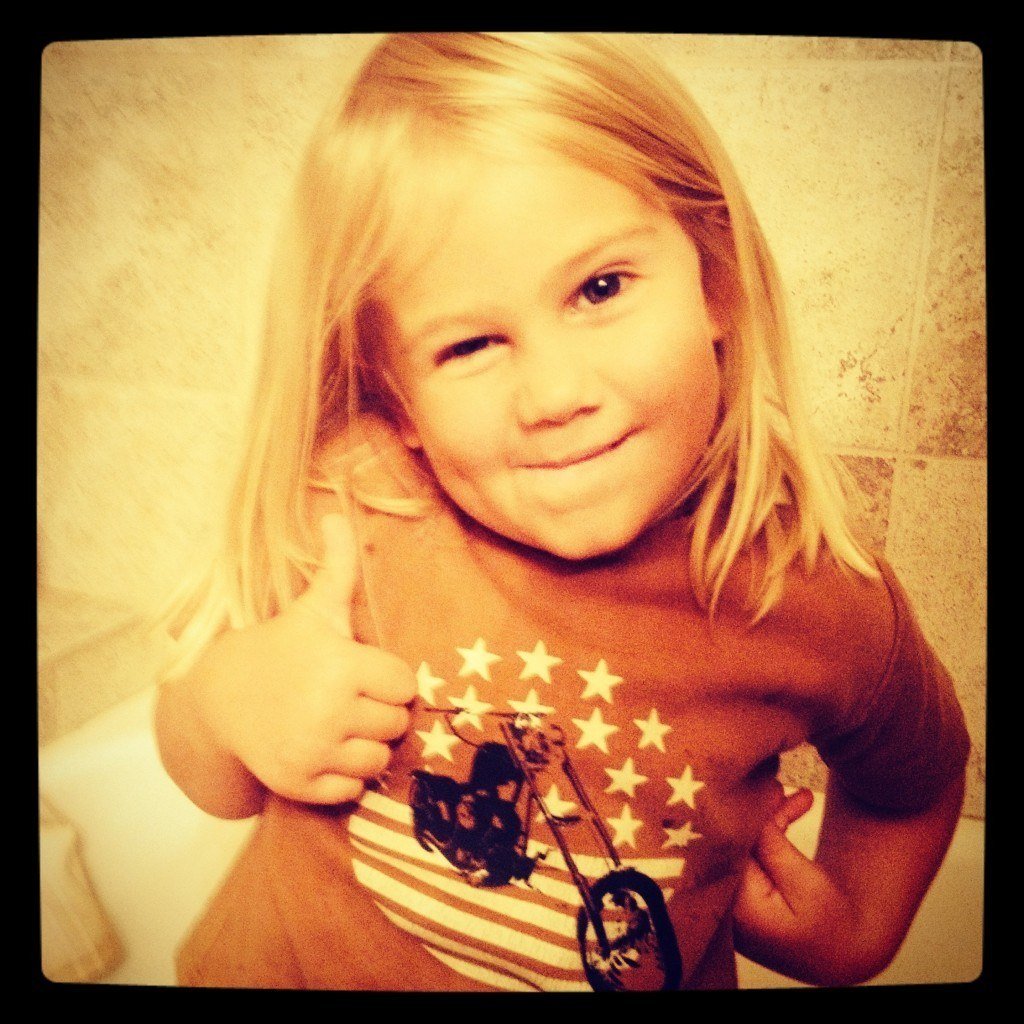 You know how you “meet” somebody via the interwebz and you know you could be friends? Yeah, that’s what’s happened with Amii and me. At least on my part.

She founded and runs “Up on the Hill,” a seriously awesome store that carries all the things I want to buy my annoying toddlers and babies. No, I mean it. That’s true and real.

Read her words and figure out why I fucking love her and what she’s done: “My husband used to work in the beer and wine industry, and was actually quite well know for his palate when it comes to beer, but was laid off 3 weeks before my due date with baby #2. Despite the stress we had a successful HBAC, and a little bit of savings. After 2 months of unsuccessfully trying to find a new job, we decided to open a business ourselves.

We opened Up On the Hill in October of 2012 and never really looked back. Having a passion for cloth diapers and baby-wearing I jumped into this with no real business background, just 15 years in food service. It’s been quite the learning experience.

We are located in Historic Shepherdstown, WV and also carry children’s clothing and natural toys. We strive to carry items you won’t find in big box stores, and are huge supporters of local and small businesses. I have a 4 year old son, River,  and 1 year old daughter, Luna.”

So click this link and buy some shit. We have an “affiliate” arrangement going, so I actually get a little something too when you buy. So help two mamas out. Fuck Walmart. Thank you.

The three-year-old explains how to do mornings without pissing him off
My daughter turned 17. I turned into my mother.
Just stop trying to one-up my pain...It never works.
Share7.3K
Tweet
Pin10
Email
7.3K Shares
76 Comments | Posted in bitching about the kids I chose to have., I HAVE NO IDEA WHAT I'M DOING HERE., Maybe my kids are the problem. | August 23, 2014