We have some big news. #notababy

Well, I’m just going to say it: We’re moving to the Netherlands.

We are selling our house, getting rid of most of our stuff, and moving to the Netherlands this summer.

I’ve started this blog post about ten times and keep giving up because I know you’re going to ask me “Why?” and I really want to explain why, but it’s hard. We’ve been contemplating this for years and I don’t know how to wrap ten thousand hours of conversation up in a single blog post.

And no matter what I say, out loud or to myself, I am acutely aware of how lucky we are to do this, how we are nowhere near the people threatened by or suffering the most from what’s happening in our country right now, and our reasons for leaving sound a little like a blend of Eat Pray Love (puke) and some sort of DITCH THE CUBICLE FOLLOW YOUR DREAMS weekend workshop in Missouri.

Our reasons are small and material and vast and, dare I say it? Spiritual.

We want to live. We want to do something. We want our kids to witness a reality that isn’t American.

Our lives aren’t working. No. They are just working. That’s it. We are surviving. Full stop.

We work and drive and pay and sleep and work and pay and drive and look to the future for relief. Someday. Someday it will get easier and better and we won’t feel like we are spending our ONE SINGLE FUCKING LIFE working and paying and driving in circles, all of it in circles, still living paycheck to paycheck, so we can turn 65 or 70 and maybe retire, hoping we make it that far, ten or twenty years before we die, thinking finally Oh good, now I get to do some shit.

When I say this, I think of how damn near all of us live this way. I feel the privilege of even contemplating a different life. My life as a writer. A house we can sell. No dependents we need to stay and take care of (as in, ailing parents). A family that I’m 99% sure would buy us plane tickets home if we were about to hit the streets of Amsterdam.

I don’t think a life lived in the crushing grind of late-stage capitalism is a wasted life, a life less lived.

What I think is that Mac and I are tired of being trapped in a life that works on the outside but costs us everything we’ve got on the inside.

We want to try something else, somewhere else.

We have always wanted to not live here for some portion of our lives, but when we had kids five minutes after we met, we gave up that dream. When we visited Spain and France in 2017, it re-planted itself in our foreheads and refused to leave. It spun around our brains but always fell dead against another thought: But we can’t do that. How would we do that? We have four kids. We aren’t trust-fund babies.

Eventually, we began to wonder who gets to decide what we can and can’t do with our lives, what’s “immature” and “irresponsible” versus “mature” and “reasonable.”

WHO GETS TO DEFINE WHAT MAKES SENSE IN OUR LIVES?  Who convinced us that this is life? And why and how did we buy so fully into it?

When you’re on your deathbeds, you’ll never regret going. But you may regret not going. Those were the words of my friend Lisa that did us in.

We’re going on a freelancer visa. Mac is going to make & sell custom steel and wood furniture (as in, starting a new business) and I’m going to continue writing and teaching.

Normally, I have considered and thought through and feel comfortable standing by what I say.

And the truth is, if we fail, we’ll move back. What else can we do?

And so, here I am, telling you this, and inviting you to hang out with us on this fucking adventure. We are packing and selling our house now. This is the first place I’ve ever felt is a real, real home. That’s another post, but we’re saying goodbye to the happiest home we’ve ever had, the brightest, most comfortable place, even though there’s a triple bunk in one bedroom and Arlo’s dresser is in a hallway.

Mac has never lived outside of this county. Not country. COUNTY. We don’t speak Dutch (I know everyone there speaks English but still).

What if it all goes wrong? What if we just can’t do it?

But what if we didn’t try? 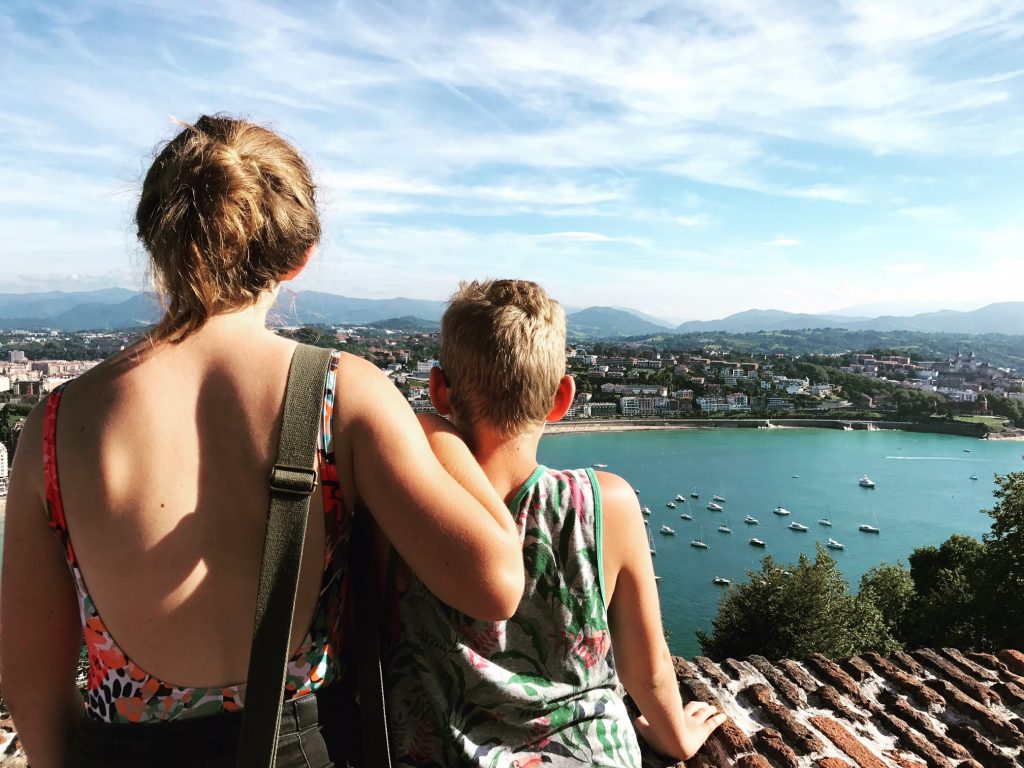 the trip that did us in

If you read my book, you’ll know this was a dream of mine since I lived in Spain in 2000.

Fuck it, here we go.