this week…I fell off a diet, and was thinking of my mom

And in the days leading up to my mom’s birthday, I was thinking about her.

I was thinking of the woman who nursed me until I was four, who never said I couldn’t sleep in her bed, even when I was 18 and home from college and just felt like it.

I was thinking of a single mother who packed up her kids with no money and a bursting heart and drove them up the coast of California, through Oregon and Washington to British Columbia, with not one campground reservation nor shred of restraint, camping along rivers, hills, in storms, in the sun, catching fish, building fires, shielding us from the rain and the world.

But opening it to us, too.

Of a woman who snuck us into events we couldn’t afford, laughed at crap in her way, stretched a few rules, but only the “little ones.”

Don’t bother telling her it can’t be done.

I was thinking of a woman who sang Grace Slick in the car and Big Brother & the Holding Company and talked of the first time she heard “The Times They are A-Changin,” how she cried because his words were so true, and she knew them to be true. How she listened to Sunday concerts in Golden Gate Park in the 60s, worked in a candy shop in high school, and for Francis Ford Coppola later, drank Southern Comfort with Janis Joplin. A woman with some history.

I was thinking of a woman who faced empty pockets but never defeat, started businesses on her own and when they failed, and she found herself at zero, on the ground, she packed up those kids, went to the beach and started again on Monday.

Don’t bother telling her it can’t be done.

I was thinking of a woman who taught me about natural birth and breastfeeding, and when the time came, she helped me do both.

I was thinking of a woman who raised my children while I lost myself in the depths of alcoholism – of a woman who held me but let me go, at just the right time. Of a woman who became “nana” to my babies, who love her and sleep in her bed, just like I did.

Of a woman whose message – single, undying, clearest message – the message she lived, not said – the one that now lives in me like a gospel hymn, the song of my mother…the one down deep in my bones that never quiets, no matter where I am…

No matter what, it can be done.

So get up, and move your feet, and make it happen.

Words that rose up from my soul in my darkest hour, wrapped me in the warmth of a mother’s bed, and pulled me onto my feet.

I was thinking about you.

[P.S. I had NO idea this post was going to turn into this, which is why it’s part goofy part serious. Sometimes I start writing and what comes out is not at all what I expected. But I think we’re good enough friends that I can just leave it, and you’ll probably understand.] 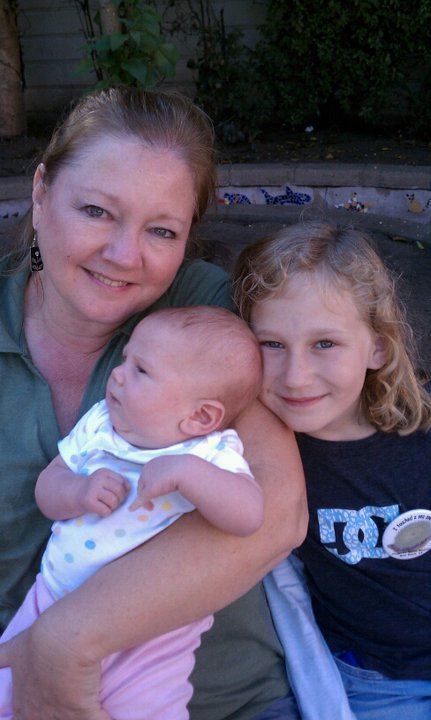 my mom and my girls…

22 weeks…what?
what I learned this week...advent calendars, socks and confusion. And beans.
Do you ever grow tired of being the one who's supposed to know?
Share37
Tweet
Pin
37 Shares
16 Comments | Posted in Sometimes, I'm all deep and shit....., weeks of mayhem | September 23, 2012

Renegade Mothering is in Bellagio, Italy.

It’s our last night in Italy so we went out to a fancy dinner and spent three hours eating three courses. Risotto, gnocchi, prawns, pork shank, lasagna, creme brûlée and cappuccinos and two Italian brothers who owned the place and took a liking to us, stopped by our table every few minutes to chat about San Francisco, the shock of the 2016 election, Napa Valley wine, and how much they miss Americans. Yes. I’ve heard that more than once. Turns out we are not universally hated. Or maybe it’s that we tip well. Both can be true.

On the way to the car, Arlo said, “Since it’s our last night, Mama, I think we should get an extra sweet treat and it should be cotton candy.”

I said no. Mac said “He’s never had it before. It’s our last night in Italy. He’s getting the cotton candy.”

First day of Groep 3 and 5. They had a musician pl

For our last night I got us a place literally acro

We drove through the Swiss Alps yesterday on our w

The number of Americans who say they can’t afford enough food for themselves or their children is growing and is likely to get larger now that some government benefits have expired https://on.wsj.com/34kwmyv

Now this is cool! Timelapse showing thunderstorms moving into the San Francisco Bay Area. Recorded in Pacifica today between 3-4am. #CAwx ⁦@NWSBayArea⁩